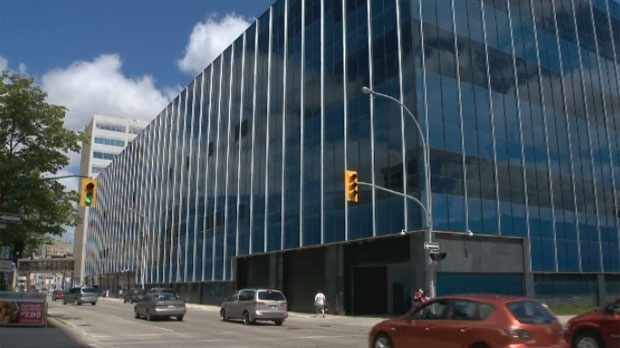 The city is suing former CAO Phil Sheegl and two dozen other defendants over the construction of the downtown Winnipeg police headquarters that went tens of millions of dollars over budget. (File Image)
WINNIPEG -

Lawyers for the City of Winnipeg allege a phoney land sale was invented to cover up a bribe taken by former CAO Phil Sheegl.

The city is suing Sheegl and two dozen other defendants over the construction of the downtown Winnipeg police headquarters that went tens of millions of dollars over budget.

Last year a judge agreed Sheegl’s case could be heard separately from the other defendants.

On Thursday lawyers for both sides made their final submissions in court.

Previous court documents filed by the RCMP allege Sheegl received a “secret commission” from Caspian’s owner worth $200,000 and shared some of the money with former Mayor Sam Katz.

Katz is not a subject of the lawsuit.

Sheegl, through his lawyer Robert Tapper, has maintained the money was for a $327,000, 2011 land deal in Arizona and had nothing to do with the police station construction. In 2017 CTV News was provided a copy of a document as proof.

But Finlayson argued there was no land transaction. He said there are no records of the deal before 2017, including text messages, emails, a memorandum of understanding, and no notice to other investors in the Arizona property about a partial sale of the land.

“The deal was concocted in order to avoid prosecution,” said Finlayson.

In December 2019, Manitoba Prosecutions announced there was not sufficient evidence to charge anyone criminally involved in the police station project.

Tapper told the court it was a handshake agreement, and that RCMP accepted the deal as legit.

“There was no bribe,” Tapper said.

He also said when it came to the police headquarters project, evidence shows various city officials made decisions, and Sheegl simply signed off on them.

There is no date yet for the judge’s decision. He asked for some additional information before he renders his judgement.