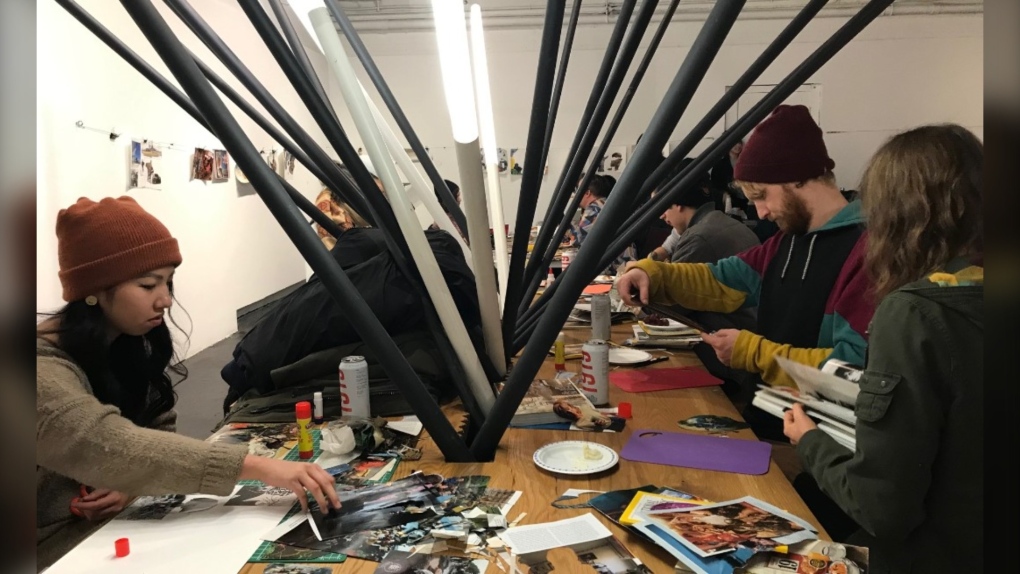 WINNIPEG -- An event at Graffiti Gallery on Friday night gave Winnipeggers the opportunity to be a part of a three-month exhibit.

The gallery hosted a Collage Party, which brought together community members to create art. The collages created will be exhibited in Graffiti Gallery for the next three months, with two more parties set to take place in January.

“I think it’s something that’s easy for people to unwind to, ” said Meganelizabeth Diamond, co-director of the Winnipeg Underground Film Festival.

“If it’s not something you do all the time, I think it’s a very approachable medium.”

The event was created by Paul Butler, a Winnipeg-born artist based out of Toronto. He invited local artists to facilitate the collage parties.

Diamond was one of several artist’s asked to facilitate the party on Friday, along with Todd Kowalski, bassist of Propagandhi, and The Weather Parade Dance Theatre.

“It’s a party because people are here interacting, making the work,” said Diamond.

“It’s mainly for people to get out and have an experience.”

The next party is on Jan. 9, and the final event will be on Jan. 23. Admission to the party is free with the donation of a non-perishable food item.