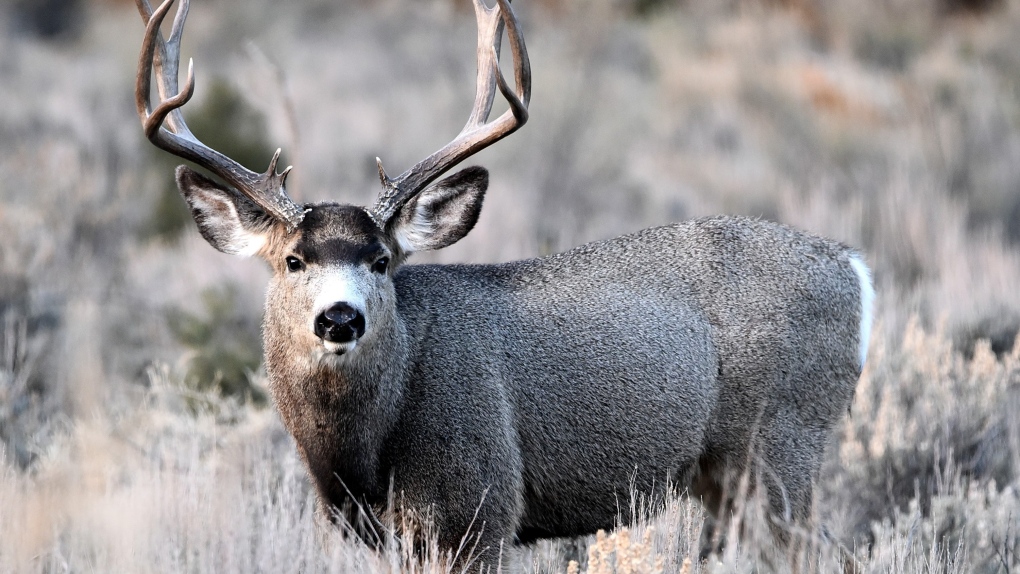 A mule deer is shown in a file photo from Shutterstock.com
WINNIPEG -

The province is planning a community deer hunting opportunity as part of its emergency response to the discovery of what they said was the first case of chronic wasting disease (CWD) in Manitoba in October.

Local landowners and Indigenous hunters will be allowed to participate in the hunt but will need a special permit from the Roblin district office.

In a news release, the province said hunters, harvesters, and local landowners have an important role to play in the containment of the disease.

The hunt is the next step in containing the spread of the highly contagious fatal disease that affects the nervous system of large game animals like deer, elk, caribou, and moose.

Earlier this month, after the discovery of CWD in a male mule deer near Lake of the Prairies on October 14, the province put a hunting ban in effect in the area.

Now, starting November 26, permitted hunters will be able to harvest mule and white-tailed deer in the area, but samples of any animal taken in the temporary CWD containment zone have to be sent in for testing.

The province noted drop-off locations can be found all over the province.

Meat from a CWD-infected animal shouldn’t be consumed despite CWD not being known as a human health risk, according to the province.

Hunters who have their meat tested will be notified immediately if their animal tested positive for the disease.

More information on how to submit samples, submission information, and testing results as well as the most recent updates can be found online.

The province said the site will evolve with updated information.

Hunters with questions about a harvested animal can contact the province by email at CWD@gov.mb.ca or by calling 1-800-214-6197.

The community hunt is set to finish on December 12.