Could waxworms solve the world's plastic problems? Brandon University researchers are finding out 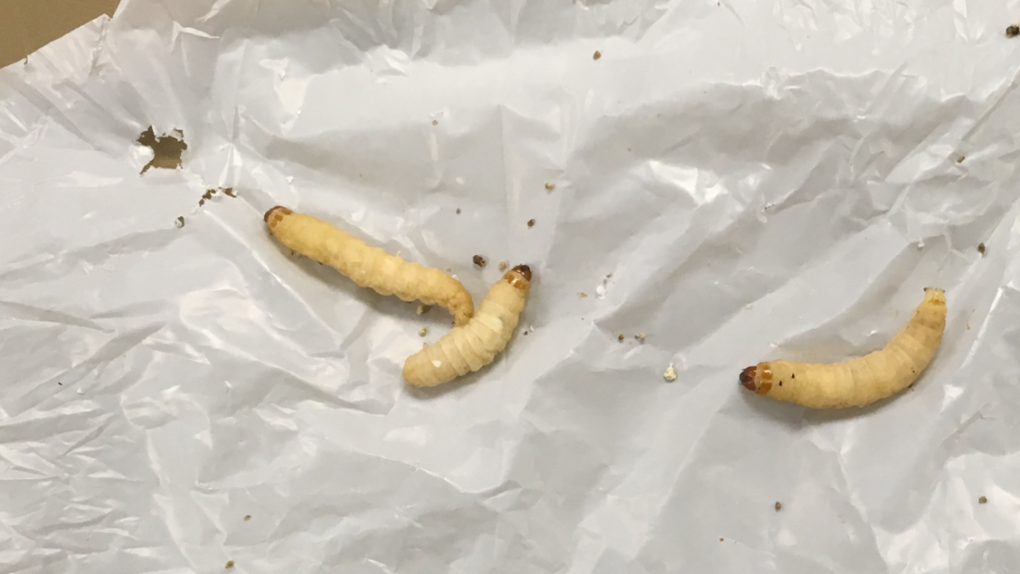 WINNIPEG -- New research coming out of Brandon University is looking at how waxworms could possibly help the earth with its plastic problem.

Dr. Christophe LeMoine and Dr. Bryan Cassone, who work in the university's Department of Biology published their findings that waxworms, which are larvae of the greater wax moth, can survive on a diet that only consists of polyethylene, which is a type of plastic used in shopping bags and other products.

Researchers are calling the worms plastivores.

LeMoine said the idea came from research that a group from Cambridge first started, adding their research started by accident.

"Basically, they found some worms in a beehive, and they wanted to get rid of them and put them in a plastic bag and eventually, the worms made their way out of it. So they published their research, and when we saw that, we thought it was a really intriguing behavior and capacity and we want to delve into it a little deeper," LeMoine told CTV News.

The researchers, who are working with three BU students, Sachi Villanueva, Harald Grove, and Oluwadara Elebute, were able to isolate a species of intestinal bacteria which allowed the worms to survive on nothing but plastic for more than a year.

"Plastic-eating bacteria are known, but in isolation, they degrade plastics at a very slow rate," LeMoine said in a news release. "Likewise, when we treated the caterpillars with antibiotics to reduce their gut bacteria, they were not able to degrade the plastic as easily. So it seems that there is a synergy between the bacteria and their waxworm hosts that accelerates plastic degradation."

The researchers found the microbes in the waxworms guts increased when they were fed a 100 per cent polyethylene diet, compared to those which were fed a normal diet or were starved.

LeMoine said they haven't tested it yet, but in theory, the worms could eat other plastic products as well, such as Styrofoam, which is polypropylene.

During the research it was also discovered that after eating the plastic, the worms are creating glycol, which is a form of alcohol.

The researchers said the worms that are eating a normal diet do not create this by-product.

"Worms that eat our plastic waste and turn it into alcohol sounds too good to be true. And in a way it is," said Cassone in a news release.

"The problem of plastic pollution is too large to simply throw worms at. But if we can better understand how the bacteria works together with the worm, and what kind of conditions cause it to flourish, perhaps this information can be used to design better tools to eliminate plastics and microplastics from our environment."

LeMoine said the next step now is to figure out why the worm and the bacteria work so well together.

"So we know that we have bacteria that help them break down the plastic, but what happens after that? What is the waxworm getting anything out of it? So we're really looking at the other side of that equation to maybe see what is the interaction between those two things? What is this synergy? And how it actually accelerates the plastic biodegradation process?" said LeMoine.

He added mealworms have shown they can do what waxworms can, and that leads to the possibility that other insects might also have this ability, but he said right now the waxworm is the champion of eating plastic.