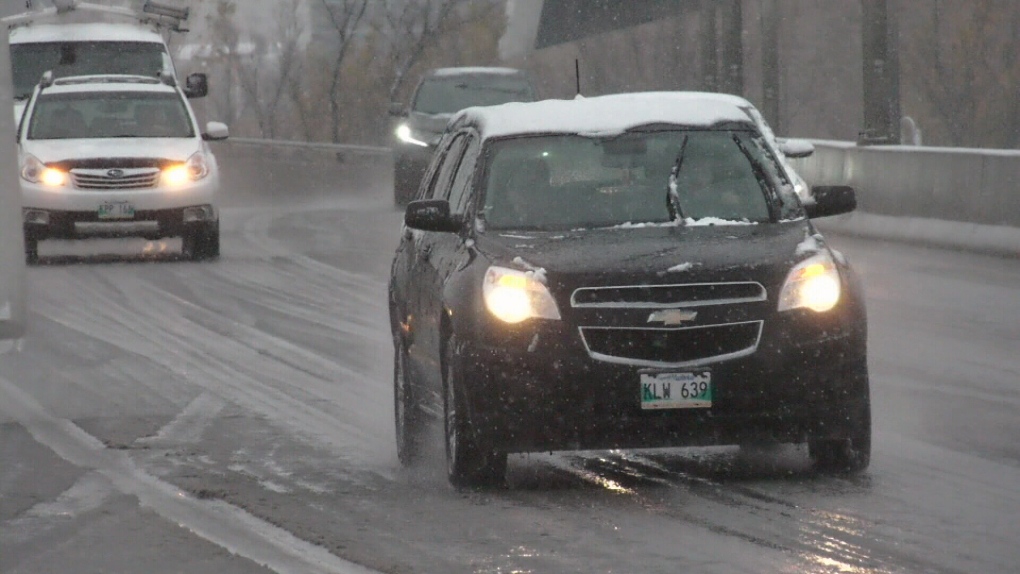 Environment Canada said a low-pressure system from Saskatchewan is bringing a mix of rain and snow Wednesday to parts of southern Manitoba.
Winnipeg -

City of Winnipeg street maintenance crews are ready to spring into action against incoming winter conditions on our roads.

Environment Canada said a low-pressure system from Saskatchewan is bringing a mix of rain and snow Wednesday to parts of southern Manitoba.

The snow accumulation is expected to come overnight Wednesday into Thursday and Friday, with snowfall amounts varying widely by region.

The City of Winnipeg’s manager of streets maintenance Michael Cantor said crews did some prep overnight Tuesday, adding an anti-icing agent to bridges and high-speed streets to prepare for potential frost.

“We are following our council-approved policy on snow clearing and ice control. Plowing will depend on the accumulation on various levels of streets,” he said, noting roadways designated as priority one are plowed after three centimetres of snow while P2 streets, which are bus routes and collectors, are plowed after five centimetres.

During a major winter event, Cantor said the city can have as many as 300 pieces of equipment working to clear.

However, he expects the incoming system to be fairly typical Manitoba weather, given the time of year.

“An early one was two years ago when we had that snowstorm in October,” he remembered. “I think this is pretty normal to have snow after Halloween.”