WINNIPEG -- Emergency crews have stopped a “serious” natural gas leak in Winnipeg, after spending the majority of the day on Tuesday searching for and repairing the leak.

On Tuesday evening, a tweet from Manitoba Hydro said crews stopped the gas leak in the area of King Edward Street and Alexander, and are working on repairs.

The southbound lane on King Edward is still closed. Manitoba Hydro said this is because a portion of the street was excavated, and it will take several hours to open the lane.

Crews have been on the scene since Tuesday morning. 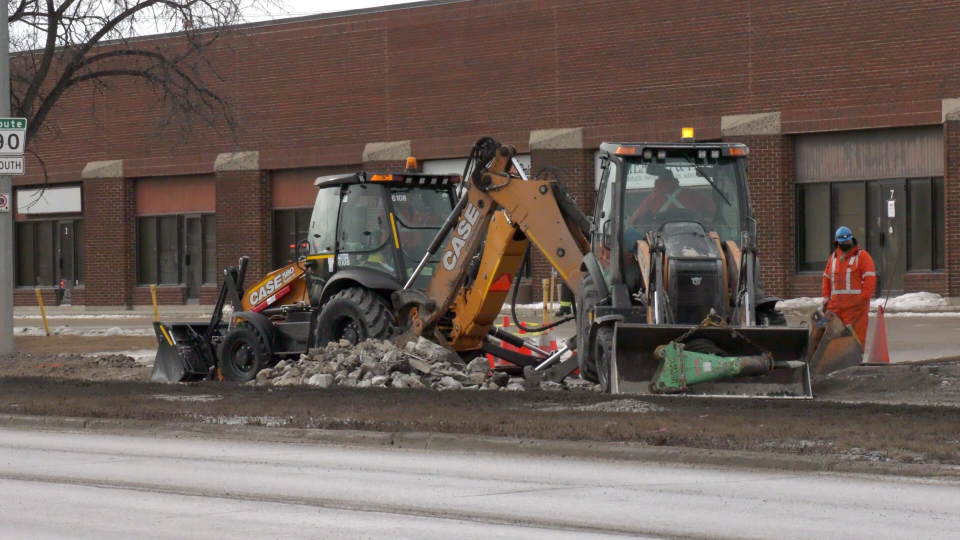 According to a spokesperson from Manitoba Hydro, at around 7:30 a.m. on Tuesday morning, a passerby noticed a strong natural gas smell in the area and got in contact with the Crown corporation.

Hydro sent a crew to the scene and they traced the smell to a sewer in a parking lot in the 1800 block of King Edward Street.

Out of precaution, Manitoba Hydro notified police and the Winnipeg Fire Paramedic Service, and one building was evacuated. The City of Winnipeg said natural gas readings were found to be at high levels and a Winnipeg Transit bus was provided as a temporary shelter for evacuees

Manuel Luzilde, a resident in the area, said his quiet morning took a turn.

“One of the guys from the gas department I guess they came over to check in the basement to see if there was a gas leak," Luzilde said. "He went in and there was nothing, so he told me to keep the door open so we can check again.”

Route 90 was closed to traffic between Dublin Avenue and Logan Avenue. Just after 2 p.m., police said roads were starting to reopen in the area, adding that southbound traffic on Route 90 at Logan Avenue will still be blocked for some time.