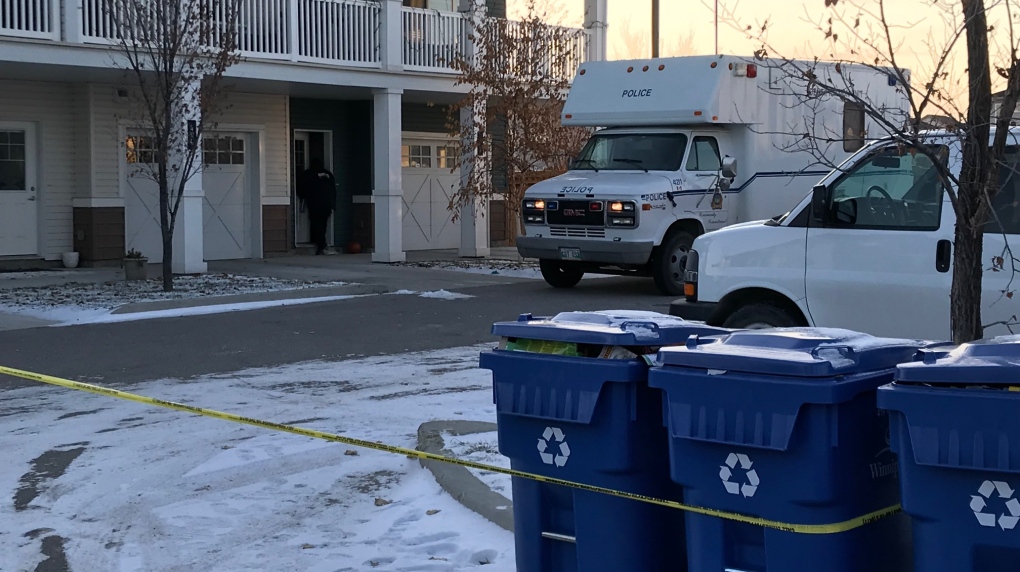 A police identification unit at the scene of a homicide investigation on Tim Sale Drive. (Josh Crabb/CTV News Winnipeg.)
WINNIPEG -

Jurors in Winnipeg started hearing testimony Monday in a murder trial for three men accused in what prosecutors are calling a revenge killing.

Each of the three men — Javaid Wahabi, Abdullahi Abdulrehmam Mohamed and Manuchehr Haroon — have pleaded not guilty to first-degree murder and conspiracy to commit murder in the Nov. 4, 2019, death of 20-year-old Rig Moulebou.

Court heard Moulebou shot and killed Jamshaid Wahabi, 23, on the dance floor of Citizen Nightclub in Winnipeg’s Exchange District in the early hours of Nov.2, 2019 —two days before his own death.

Crown attorney Chris Vanderhooft told the jury in an opening address Moulebou was executed at point-blank range by two guns and two shooters and alleges the three accused were involved in planning and murdering Moulebou as retribution for killing Jamshaid.

“This case is about revenge,” Vanderhooft said to jurors. “The trial you are about to hear is motivated and animated by vengeance.”

Vanderhooft told the jury efforts were made to locate Moulebou, who fled the nightclub, following Jamshaid’s death.

“They then plotted and carried out their vengeance quickly and efficiently,” Vanderhooft said in court. “They took matters into their own hands and became judge, jury, and executioner.”

The Crown alleges Jamshaid’s brother Javaid helped plan the killing and set it in motion while Haroon and Mohamed went into an Airbnb on Tim Sale Drive in Winnipeg’s South Pointe neighbourhood where Moulebou was staying and shot him at close range while he was sleeping.

The three accused are presumed innocent.

Vanderhooft told jurors they’ll hear testimony from a witness at the scene that two masked men pushed their way past her and entered the home before she heard gunshots. Vanderhooft also said a man who helped facilitate the murder has entered into an immunity agreement to testify in the trial.

Other evidence including phone records, cell tower information, intercepted phone records and technical evidence will be called, the Crown indicated in court.