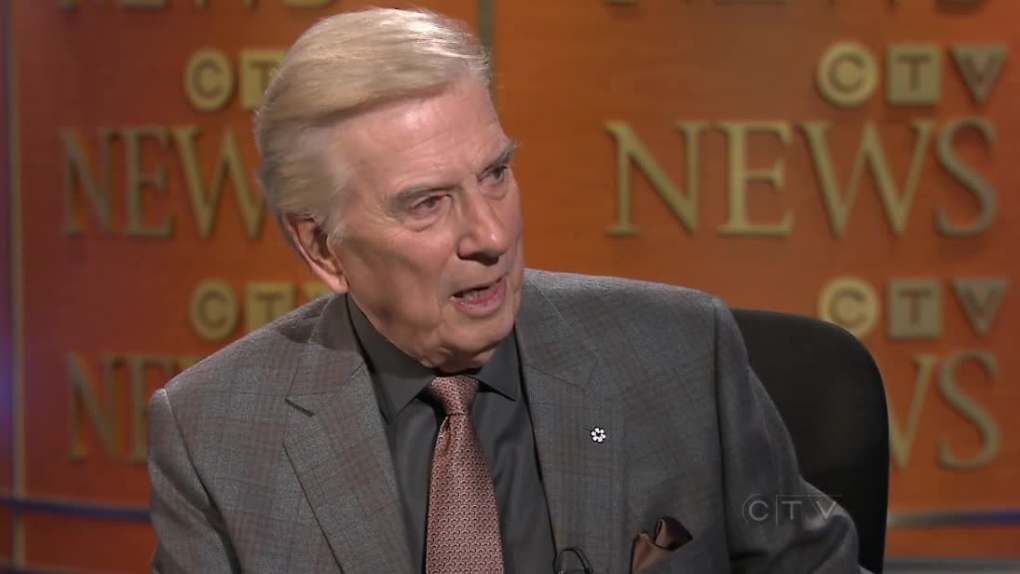 Longtime CTV National News anchor Lloyd Robertson will be made an honorary doctor of laws by Brandon University during its convocation on May 31.

Robertson retired in 2011 after spending 35 years as the network's chief anchor and senior editor of the nightly newscast.

He has won three Gemini awards and is a member of both the Canadian Association of Broadcasters Hall of Fame and the Order of Canada.

University president Deborah Poff says Robertson's efforts as a journalist and communicator have made Canada a better place.