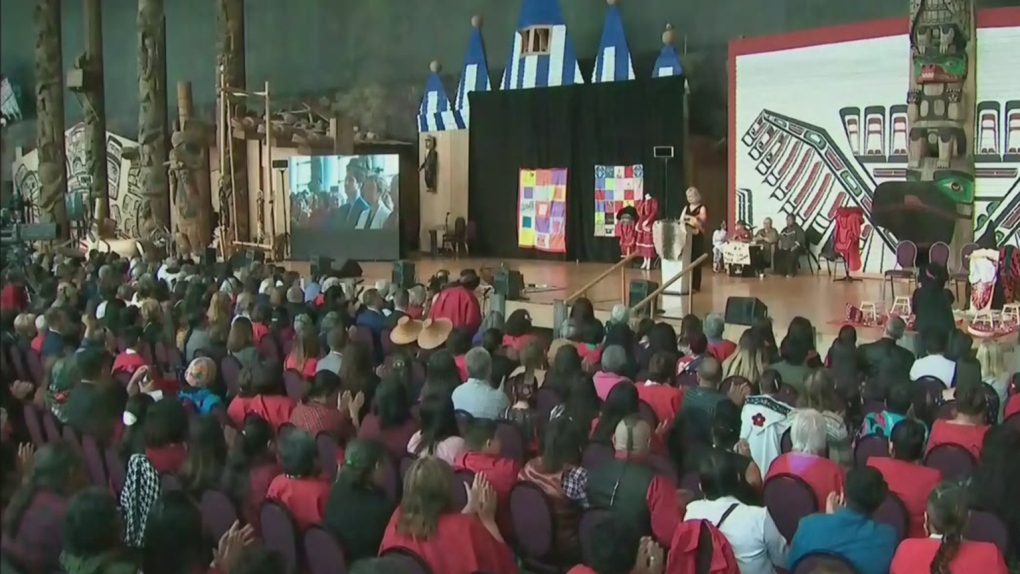 WINNIPEG -- On the first anniversary of the release of the National Report into Missing and Murdered Indigenous Women and Girls (MMIWG), the organizers of the national inquiry into the issue say more work needs to be done.

On Wednesday morning, the organizers released a statement deploring the inaction from governments about the recommendations made in the report.

The final report was issued in June 2019, after almost three years of testimony from across Canada. The report described the instances of missing and murdered Indigenous women in Canada as a genocide.

The organizers said in the year since the report was released, there has been little action on the recommendations, and the federal government has not yet developed a National Action Plan.

“There has been little, if any, commitment demonstrated to ensure the work is led by Indigenous Peoples, with Indigenous women, girls and 2SLGBTQQIA peoples central in that process,” the organizers write. “With the exception of Yukon, which has developed comprehensive plans and commenced implementation, there has been deafening silence and unacceptable inaction from most governments.”

The organizers are calling on Canada to “engage an international and impartial organization to mediate and oversee the implementation of the Calls for Justice.”

“Ending this national tragedy through the co-development and implementation of a distinctions-based National Action Plan is an urgent priority for our government, and requires ongoing work with all partners,” Trudeau says in a statement. “In the spirit of reconciliation, we are taking steps together to address the important issues identified in the National Inquiry’s report and the Calls for Justice.”

The prime minister cited the federal government passing Indigenous child and family services legislation to keep Indigenous children with their families as an example of action taken following the report. Trudeau added the government has also provided financial support to communities to provide shelters, and mental health services for women and girls fleeing violence.

“We know that there is still much more to do to end the systemic gender and racial discrimination that continues today,” Trudeau says in a statement. “As we continue to walk the path of reconciliation, we will listen to the voices of families and survivors, as well as grassroots organizations and Indigenous leaders who work every day to advocate for their communities and keep them safe.”

Eileen Clarke, Manitoba’s Minister of Indigenous and Northern Relations, said Manitoba is committed to implementing the recommendations in the report.

“We are moving forward with an engagement plan to prioritize the viewpoints and perspectives of Indigenous women, families, leaders and communities in Manitoba,” Clarke wrote in a statement. “In the coming weeks, I look forward to these conversations with Indigenous leadership and the Manitoba MMIWG Coalition to further this important work.”

The full letter from organizers can be read below.