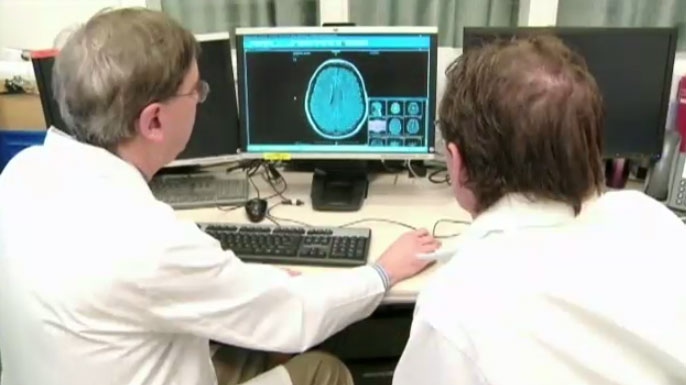 Once the Healh Sciences Centre's Women’s Hospital moves to its new building in December, two floors of the old building will be converted into an acute stroke unit.

“Manitoba is right now the only province without an acute stroke unit,” said Friesen.

The province estimates about 2,000 Manitobans have a stoke each year.

“Research shows an acute stroke unit can reduce the likelihood of death and disability by as much as 30 per cent for men and women of any age with mild, moderate and severe strokes,” Friesen added.

Dr. Perry Gray, the provincial lead of medical services and chief medical officer with Shared Health said this unit, which does not have an opening date yet, will give Manitoba stoke patients access to the full range of stroke therapies.

“Clot busting is available in a number of emergency departments and hospitals across the province and clot removal is performed in specialized radiology suites located at HSC. However, Manitoba has been missing the third component until now.”

Once the 18,400 square-foot space is vacant, the building will need upgrades.

The province says a tendering process will start soon for work to be done on heating, ventilation, lighting, asbestos removal, an upgraded nurse call system, new sprinklers and elevators.

Cost, minister Friesen says, will depend on the tendering process.

In 2015, Manitoba NDP, Liberal and Conservative parties all said a unit of this kind was needed in the province.

A year earlier the Heart and Stroke Foundation also called for a centralized stroke unit.

It's better late than never for stroke survivor Darcy Townson.

“It’s a great day for the Heart and Stroke Foundation to get this done,” said Townson.

“I was starting to think it wasn’t going to happen given all of the cuts to the healthcare system that we have seen lately," he said.

"I wish it was around before I had my stroke. I don’t know if it would’ve helped, but I sure would have liked to have found out.”