'You deserve it': Words of encouragement for Olympic soccer player Desiree Scott 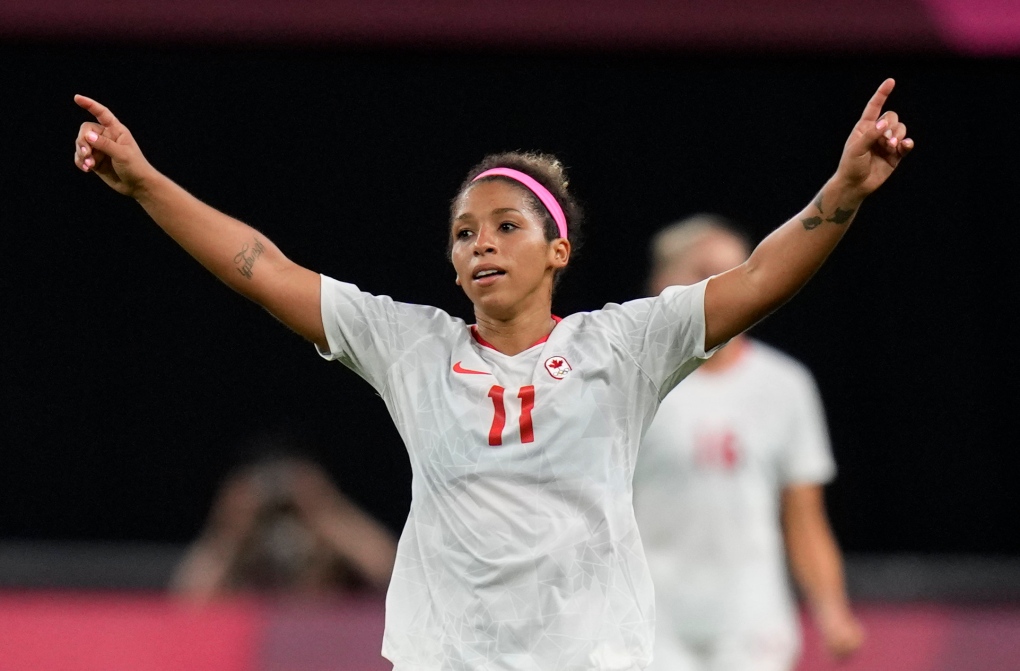 It will be a family affair at the home of Nick Scott when he watches his sister Desiree and the rest of the Canadian women’s Olympic soccer team takes on Sweden in the gold medal game on Friday.

The eighth-ranked Canadians have been riding high after beating the Americans for the first time in over 20 years in the semifinals.

“The Americans, they’re such a great team, but Canada has more heart. Losing, losing, losing, and finally, they put all that heart together and came out with a win,” said Nick Scott.

Canada has won back-to-back Olympic bronze medals. Sweden settled for silver at the 2016 Rio Games after falling to Germany in the final.

“After the U.S. game, she was in awe. Lots of mumbo jumbo coming from her, she was just so excited. But talking to her last night she’s calm now. Just have to put in the work. She knows they are capable of beating Sweden,” said Scott.

Training throughout the pandemic for the delayed Olympics has paid off for the girls, according to Scott. He said the family was hopeful for at least another bronze medal but a gold one will suffice.

“Playing for gold at the Olympics is a dream,” said Scott. “This is finally something my sister can put on her belt, and coming home with a gold would top the icing.”

Desiree’s nephew Kingston will join his parents in front of the TV screen when the women hit the field on Friday.

“(I’m) very excited because my auntie will be playing for the gold,” said Kingston. “Very excited to see if she can win.”

Sweden goes into the match with a 5-0 record, outscoring its opposition 13-3 at the Games. Canada is also unbeaten, scoring five times overall while conceding three goals.

Sweltering daytime temperatures in Japan have made officials change the final’s kickoff time from the middle of the midday heat to 9 p.m. local time, or 7 a.m. C.T. Scott did have some brotherly advice he wanted to pass on to his sister before one of the biggest games of her life.

"Play hard and leave everything on the field and you deserve it.”

Alberta reported more than 2,000 daily COVID-19 cases for the first time since May on Friday.

Endorsements for Liberal Leader Justin Trudeau from former U.S. president Barack Obama and Hillary Clinton have raised questions about election interference. But according to the Canada Elections Act, a foreign citizen speaking about the Canadian election does not by itself constitute an instance of undue foreign influence.

Dealing the White House a stinging setback, a government advisory panel overwhelmingly rejected a plan Friday to give Pfizer COVID-19 booster shots across the board, and instead endorsed the extra vaccine dose only for those who are 65 or older or run a high risk of severe disease.