Elderly Manitoba couple rescued after spending a night in the bush

A Manitoba couple in their 80s ended up spending the night in the bush after an afternoon drive in the countryside took a turn for the worse.

Evelyn Watt, 83, and her 88-year-old husband Brian, both from the Morris area, decided to go for a drive Thursday afternoon.

"We came to a washout that we didn't see coming and got hung up," Evelyn told CTV News.

The couple decided to try walking out to get some help.

"Brian got ahead of me and I couldn't catch up and I didn't know where to go, so I went back to the car," she said.

Evelyn said she went back and waited while Brian kept on walking.

"I was sitting in the car all night and he was out in the bush."

Manitoba RCMP received a call about the missing couple early Friday morning. They were told the couple didn't return home from their countryside drive on Thursday.

Brothers Paul and Jack Maendel heard about the missing couple on the news.

"He heard that the Morris-area couple disappeared or went for a drive and didn't come back. So we did what everybody else in the area did and went looking for this couple," Jack told CTV News.

The brothers are both members of the HEART Team, a volunteer water search and rescue group from the Oak Bluff Hutterite Colony. They quickly organized a search for the couple both from the ground and air. 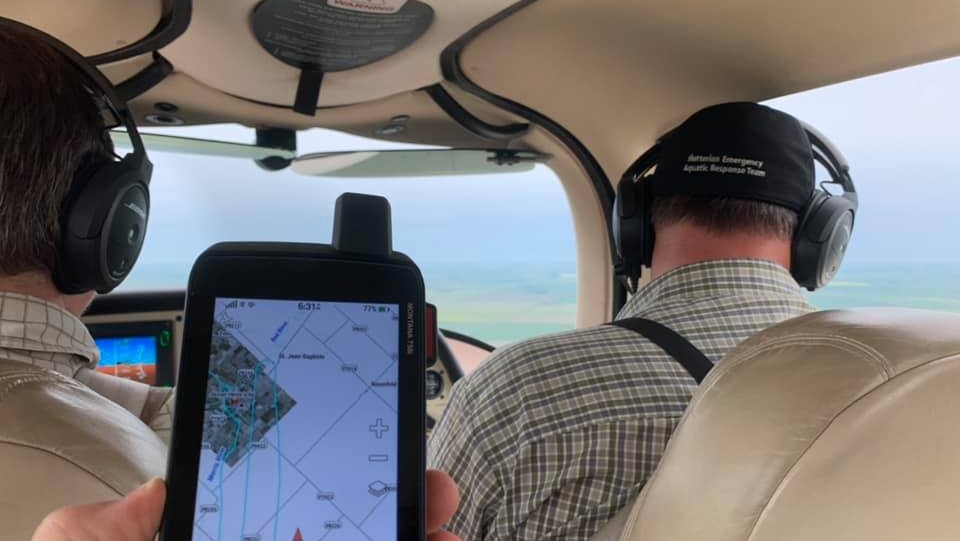 Jack, who has his pilot's license, took a plane up and started searching the area from the air and soon came across a dense bush road.

"Looking straight down, we managed to see something that was out of place in the woods," Jack said. "After circling three or four times, it matched every criteria we were given. We flew lower and we were 99 per cent sure we had found them, so we called 911."

Meanwhile, on the ground, Paul and other members of the HEART Team drove out to the area. 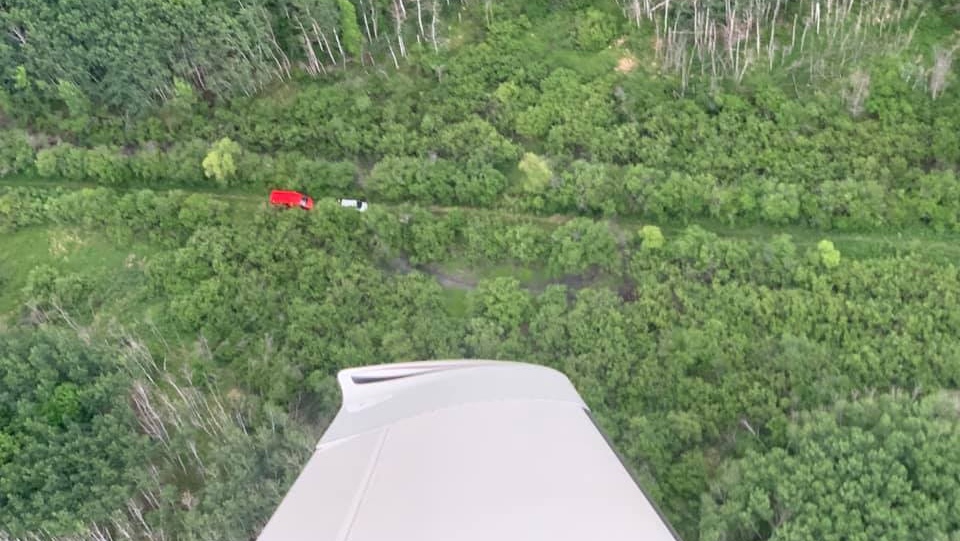 The view from the air as the HEART Team rescues Brian and Evelyn Watt who were reported missing on June 25, 2021. (Source: HEART Team/Facebook)

"The vehicle was stuck in a ditch. There was a washout in the road," Paul said.

Evelyn said she remembers when the rescuers got to her vehicle Friday afternoon.

"I was pretty happy to see them. I didn't know what was going on," she said.

Paul said the team found Brian down the road.

"He was lying in the woods in a little bit of a clearing," he said, adding once RCMP arrived, they brought Brian and Evelyn back to the vehicle.

Both were in good spirits.

88yo Brian Watt & 83yo Evelyn Watt, reported missing earlier today, have been safely located. The RCMP thanks the public and media for their assistance.

Evelyn said she and her husband spent the night in hospital but have since returned home with no injuries and are now spending some time with their family.

"We're not doing too badly," she said. "We're still up and about and able to be."