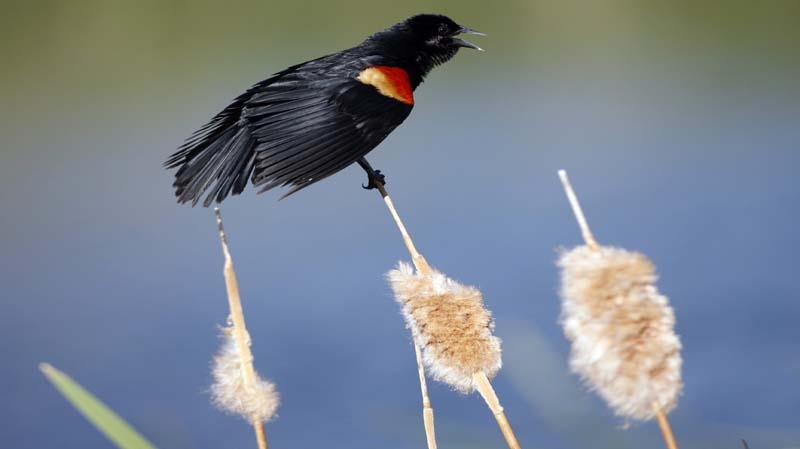 An extensive study of hundreds of bird species across decades worth of data has for the first time estimated how badly numbers of even the most common birds have shrunk.

The paper, published Thursday in the journal Science, concludes the total number of North American birds has dropped by three billion since 1970 -- about 30 per cent. Some of the most familiar species have been the hardest hit.

"The species like pigeons and house sparrows and starlings, species we think of as thriving in urban environments, even those species are in steep decline," said Adam Smith, an Environment Canada scientist and the paper's co-author.

The study, conducted through nine universities and government agencies in Canada and the United States, looked at 529 different kinds of birds.

It's based on data collected from the North American Breeding Bird Survey, which began in the mid-1960s with the help of governments and an extensive network of volunteers. It was backed up by information contained in records from 143 U.S. weather radar stations, which are able to track migrating flocks.

The declines have been widespread. Except for waterbirds and raptors, which are heavily conserved, nearly every family is suffering.

Forest birds such as flycatchers, woodpeckers and chickadees are down more than a billion.

Grassland birds -- meadowlarks, sparrows, wrens -- have been more than halved. There are 700 million fewer of them than there were 50 years ago. Three-quarters of the species in this family are shrinking.

The worst declines have been ascribed to some of the most abundant birds. Sparrows, warblers and blackbirds account for almost three-quarters of the total losses.

"The loss of abundance overall is something that has a cost to our healthy ecosystems," Smith said.

Birds are also what scientists call an indicator species. Because information on them is so extensive, they reveal early trends in environmental change.

"Birds are an indicator that the natural world is stressed," said Smith.

The results of the Science paper were foreshadowed by the State of the Birds report, which came out in June and looked at Canadian species. That report found similar patterns -- waterbirds up, most everything else down, with some unknowns.

The findings are echoed by other research detailing declines in insects, amphibians and fish.

"Habitat loss and degradation -- the loss of the land, water and air that birds use to survive. The loss of that ecological space is the primary driver of population decline for almost all of these birds."

He pointed out that most birds in the study migrate, so efforts to rebuild populations have to be co-ordinated across jurisdictions from Nunavut to South America. It can be done, Smith said, as it has for bald eagles and peregrine falcons.

"I want (my kids) also to see someday those massive, spectacular flocks of migrating birds that used to be and have declined."

This report by The Canadian Press was first published Sept. 19, 2019.