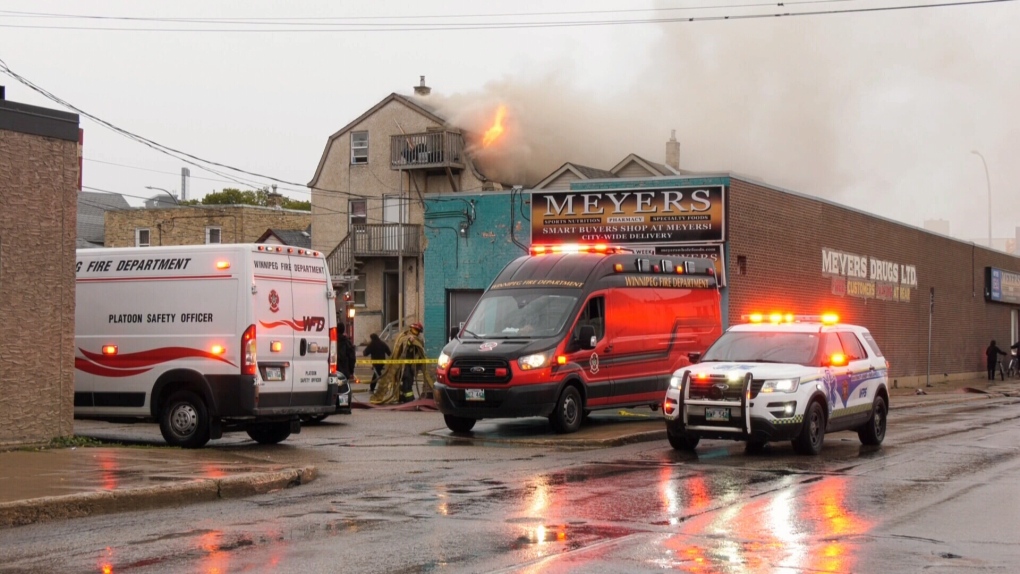 The Winnipeg Fire Paramedic Service said the crews responded to fire in a two-and-a-half storey rooming house in the 400 block of William Avenue around 6:15 p.m.

Once on scene, crews battled heavy flames in the upper two floors of the building.

Firefighters started with an offensive attack but were forced out of the building due to deteriorating conditions. After partially knocking down the flames, firefighters were able to get back in the building and get the fire under control.

Everyone in the house had already gotten out when crews arrived. One person was assessed by paramedics on scene but didn’t need to be taken to hospital, and no other injuries were reported.

The city’s emergency social services team was on scene to help ten people find a place to stay.