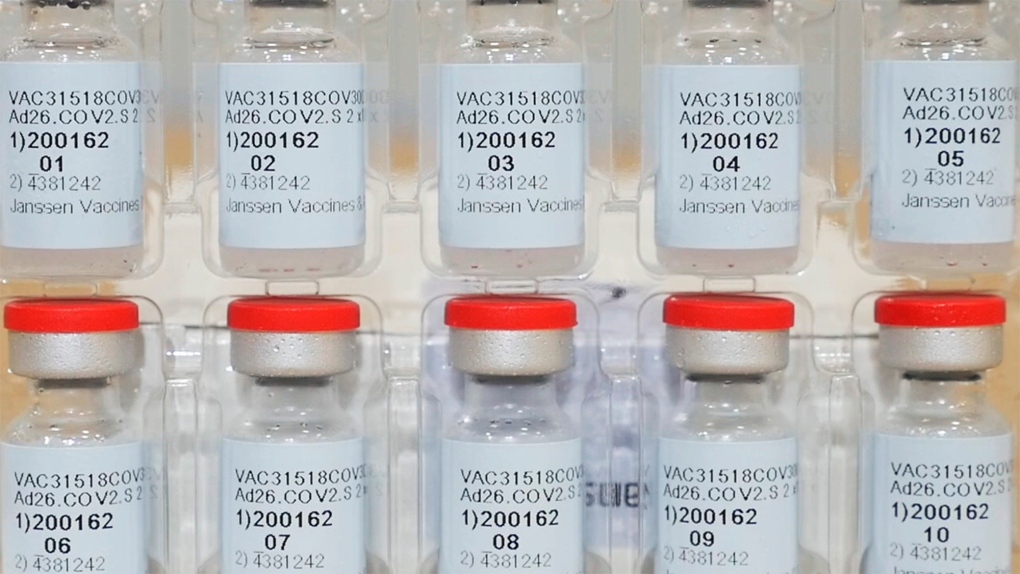 Manitoba's Health Minister says an initial shipment of the one-dose Janssen vaccine has arrived in the province.

On Saturday, Minister Audrey Gordon tweeted that the first shipment of the vaccine has arrived and is being distributed to some pharmacies and medical clinics this week.

Update: MB has received an initial shipment of the one-dose Janssen vaccine. The Janssen vaccine will be distributed to some pharmacies and medical clinics this week, and the online vaccine finder map at Protect M B dot C A will be updated once the vaccine is available. https://t.co/VhxUj5WSGa

The province previously announced it would be receiving an initial shipment of 2,250 doses of the vaccine, which is approved for people aged 18 and up.

According to the province, Manitobans are considered fully immunized 14 days after receiving one dose of the Janssen vaccine. Public health is still recommending that people get a second dose of an mRNA vaccine for the best protection.

Gordon said Manitoba's online vaccine finder map will be updated once the Janssen vaccine is available.

Despite having enough doses for all, just 35 per cent of Canadians boosted

Canada has enough supply of COVID-19 vaccines to offer booster doses to all who are eligible, though so far just 35 per cent of Canadians have received their third shot, according to the federal health minister.

Prime Minister Justin Trudeau is once again condemning mounting aggression from Russia against Ukraine, indicating that Canada fears the situation could dissolve into armed conflict.

Canadian fashion mogul Peter Nygard has been denied bail and will be detained in Toronto as he awaits trial.

Study suggests 'nocebo effect,' not jabs, could be behind two-thirds of mild COVID-19 vaccine reactions

A new study involving a systematic review of COVID-19 vaccine trials suggests that the negative version of the placebo effect may be behind mild COVID-19 vaccine side-effects like headache and fatigue, and not the vaccines themselves.

The remains of the victims of a major explosion and fire at a tanker truck manufacturing facility in Ottawa have been recovered, police said Wednesday.

Canadian airlines say flights to the U.S. remain unaffected by the rollout of new 5G wireless technology. Several international airlines cancelled flights to the United States this week over concerns that 5G mobile phone service could interfere with aircraft technology.