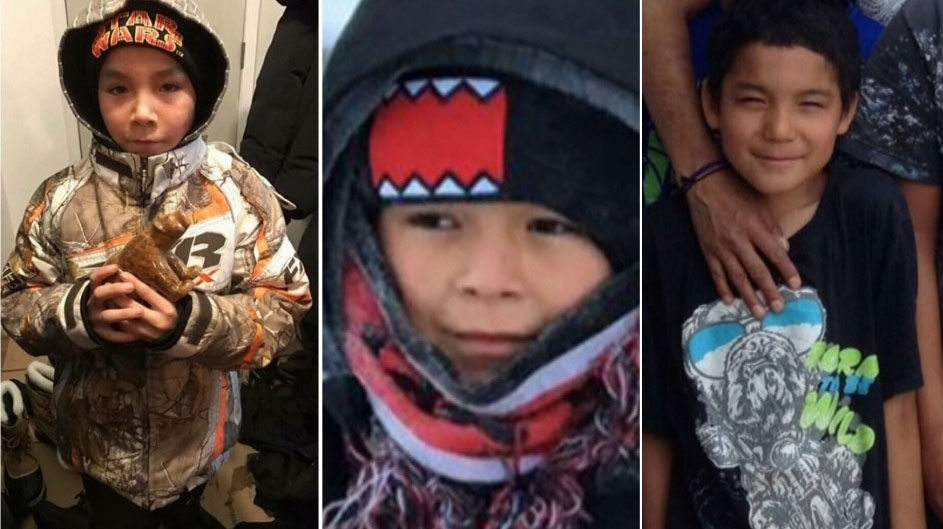 A Manitoba chief is calling for bike paths along an unpaved road into the northern community where three young boys were killed by an alleged drunk driver.

Mattheo Moore-Spence, 11; Terrence Spence, 13; and Keethan Lobster, 11, were walking and riding bikes April 28 when they were hit on the road near Nelson House, about 850 kilometres north of Winnipeg.

Todd Norman Linklater, 27, has been charged with numerous offences, including impaired driving causing death and failing to remain at the scene of an accident.

Marcel Moody, chief of the Nisichawayasihk Cree Nation which includes Nelson House, said the boys were on their way home from a springtime adventure just outside the community the night they were hit—a journey not uncommon for kids in the area.

He said the stretch of Highway 620 is often used by pedestrians and cyclists, especially once the weather gets warm. It's important to make it safer, he said.

"No matter what we do, kids are going to keep using that road," Moody said.

The community would like to see the road paved, lighting added and a bike path built along the side. Moody said he understands that's expensive. The former NDP government had committed to paving the road, but Moody said the current Progressive Conservative government is reviewing the project.

Moody would also like to see bike paths on the reserve where kids frequently cycle.

Indigenous Services Canada said it is committed to working with the First Nation to address any issues that led to the fatal collision, but did not say whether that would include funding a bike path.

Lobster's cousin, Tori Yetman, started a GoFundMe page to help with funeral costs and to support the families. But some of the funds will also go towards safe biking trails. About $55,000 has been donated so far.

"A lot of our community members do not have vehicles ΓÇª Walking and biking is very popular, especially in the spring and summertime because it is easier for everybody to get to and from (nearby communities)," said Yetman, 23.

Safety improvements would be a good way to honour the lives of the young boys, she suggested.

Moody said a bike path won't be likely to happen right away, so the community is also planning a safety event with the RCMP in June.

Const. Brooke Ostendorf, who has been stationed in Nelson House for 11 months, said officers got together to figure out how they could help after the boys were killed. The officers are collecting 600 helmets -- one for every student at the elementary school—and will also hold a barbecue to discuss safety.

"We want to keep every child here, every person here in Nelson House, safe. One of the best ways to do that is through education," Ostendorf said.

"Take something tragic that happened and turn it into a positive outcome."