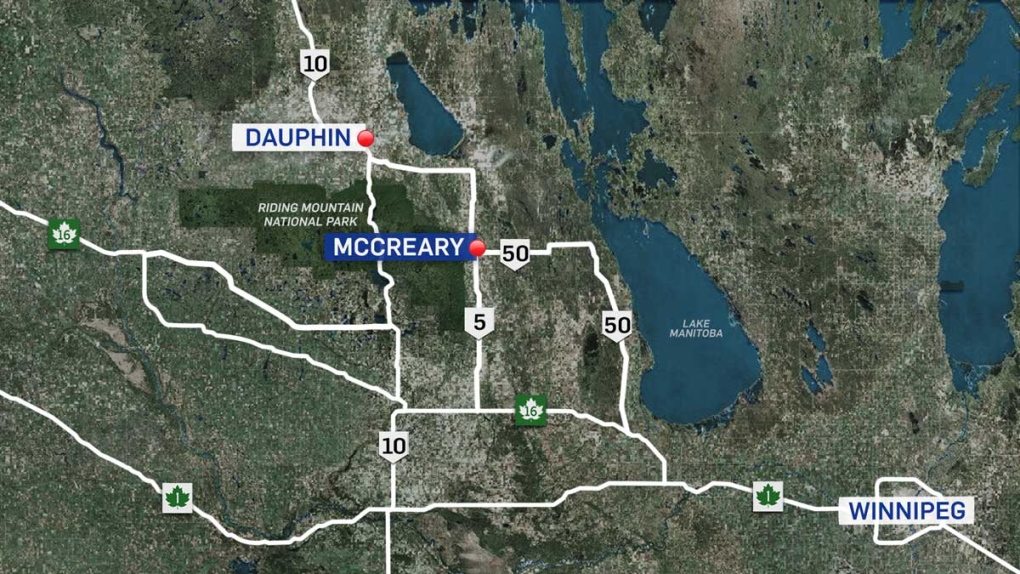 WINNIPEG -- A five-year-old has died and a three-year-old was taken to hospital following a fire at a home in McCreary, Man., early Thursday morning.

Ste. Rose du Lac RCMP said it received a report of a fire at a home on 4th Avenue around 1:40 a.m. Initial reports from witnesses indicated that the home was fully engulfed and people were trapped inside.

With help from community members from the Citizens on Patrol Program, and a 28-year-old female who lived in the home, crews were able to rescue a three-year-old from the home.

Police said a five-year-old child was pronounced dead on scene.

The RCMP, along with the Office of the Fire Commissioner, continue to investigate.