From Pierre Elliott Trudeau to Colonel Sanders to thousands of Manitoba grads, Captain Steve Hawchuk welcomed people from all walks of life aboard during his 44-year career at the helm of the M.S. Paddlewheel Queen and other vessels.

It’s a career at sea that Hawchuk has turned into a new book, recounting the romance and glamour of the riverboats that once sailed the Red River.

“It was a Winnipeg tradition,” Hawchuk recalled. “People enjoyed it because it was something different in Winnipeg. You can go on the boat, sit beside the window, have a beautiful dinner, and watch the picturesque shoreline go by, and you always see something different.”

Hawchuk came to his career at the wheel after working as a bookkeeper.

When a number of boats came up for sale in 1969, his half-brother Joe thought they should get into the boat business together. 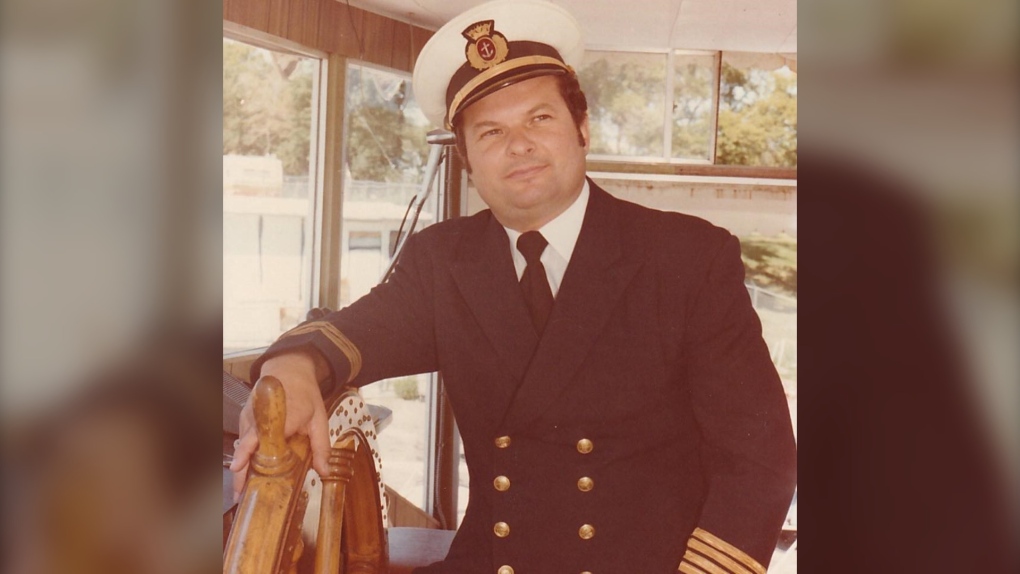 For 44 years, Captain Steve Hawchuk sailed the Red River at the helm of the M.S. Paddlewheel Queen and other ships. (Image Source: Steve Hawchuk)

From there, Hawchuk set sail into a decades-long career on the Red that included hosting royalty, Jets and Bombers, rock and roll cruises, fisticuffs and couples making lasting memories.

The highlights and memories have been turned into a new book, recounting plenty of tales from Hawchuk’s career on the river alongside a series of glossy photos taken aboard the Paddlewheel.

Hawchuk hopes the new book will bring back fond memories for the many passengers who had the pleasure of taking a ride on his riverboat.

“We've had close to three-million passengers over those years, and thousands and thousands of school kids, graduations, weddings, anniversaries, you name it, we've had it on the boat,” he said.

- With files from CTV's Rachel Lagacé