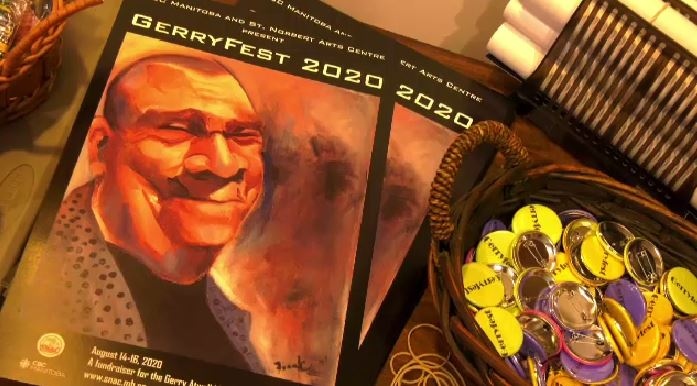 WINNIPEG -- A first of its kind festival celebrated the legacy of legendary Winnipeg musician Gerry Atwell over the weekend.

Atwell was a prominent figure in the St. Norbert neighbourhood. He died last November of a heart attack at 60 years old.

The community paid tribute to the writer and musician with a festival in his honour. ‘GerryFest’ kicked off with a performance from 40 musical groups on Friday.

"It's amazing," said Judy Williams, Atwell's older sister and co-chair of ‘GerryFest.’ "It's been great because we held it at the St. Norbert Arts Centre, where he worked for many years volunteering and as coordinator of the artist program."

The festival was Atwell’s idea said Louise May, founder of the St. Norbert Arts Centre.

“‘GerryFest’ was actually a vision he had himself, and he coined the term many years ago that he wanted to have one festival that included everything he was involved in," said May.

Atwell was known for fighting racism, so ‘GerryFest’ created a place for people to paint what equality looks like to them. It also featured several Black-owned businesses.

"Gerry was a Black musician. We thought it kind of aligned with what Black-owned business stands for. To promote everything black in Manitoba," said Francine Bahati, cofounder of Black Owned Business Manitoba.

FOR A SPECIAL CAUSE

The festival is a fundraiser for an endowment fund that focusses on what was Atwell's biggest passion, fostering young artists.

"We intend to create this mentorship program as we build the fund for it so that we can constantly bring these voices," said May.

Voices that Atwell's sister also believes are important. "Artists don't often have a lot of money, and we need to give them some funds to let them do the work that they do," said Williams. "They are always ready to share and help other people, so this will help."

The three-day festival wrapped up Sunday, but organizers said ‘GerryFest’ plans to return next year.