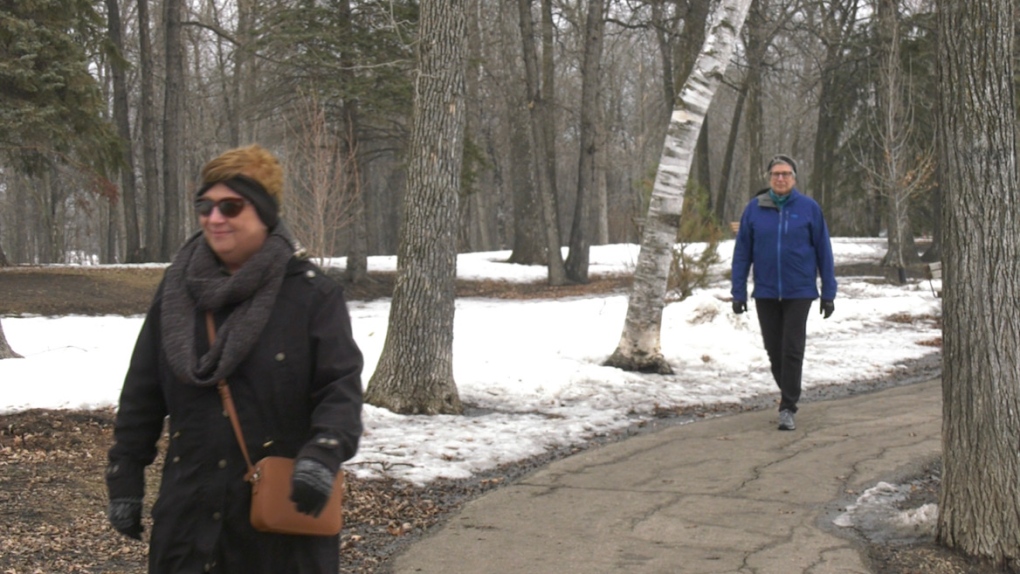 WINNIPEG -- New data released by Google is shining a light on the impact of physical distancing orders in Canada.

The data, which covers the time period between February 16 and March 29, gives a glimpse of change in movement since physical distancing laws were brought into place to flatten the curve of COVID-19. 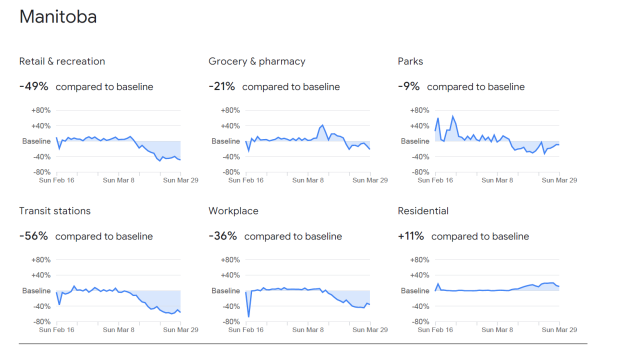 (Physical distancing data for the Province of Manitoba. source: Google)

In Manitoba, visits to recreational and retail centres, including restaurants, shopping centres, and libraries, have dropped 49 per cent from the baseline number.

Visits to grocery stores and pharmacies dropped 21 percent, and transit stations saw a 56 per cent decline.

Manitoba declared a state of emergency on March 20 and limited gatherings to 10 or fewer people starting March 29 in an attempt to slow the spread of the virus.

Time at a persons’ residence went up 11 per cent over the baseline data.

Google provided the information on Friday. The reports used aggregated, anonymized data to chart movement trends over time by geography, a post on the search engine’s blog reads.

“We have heard from public health officials that this same type of aggregated, anonymized data could be helpful as they make critical decisions to combat COVID-19,” the post reads.

Google says “no personally identifiable information,” like an individual’s location, movement or contacts is made available.

Currently, data is available for 131 countries and regions, and Google says more will be added in the coming weeks.

An incorrect name appeared in the original caption of the photo. It has been corrected to read Leah Barnlund, not Linda Barnlund.