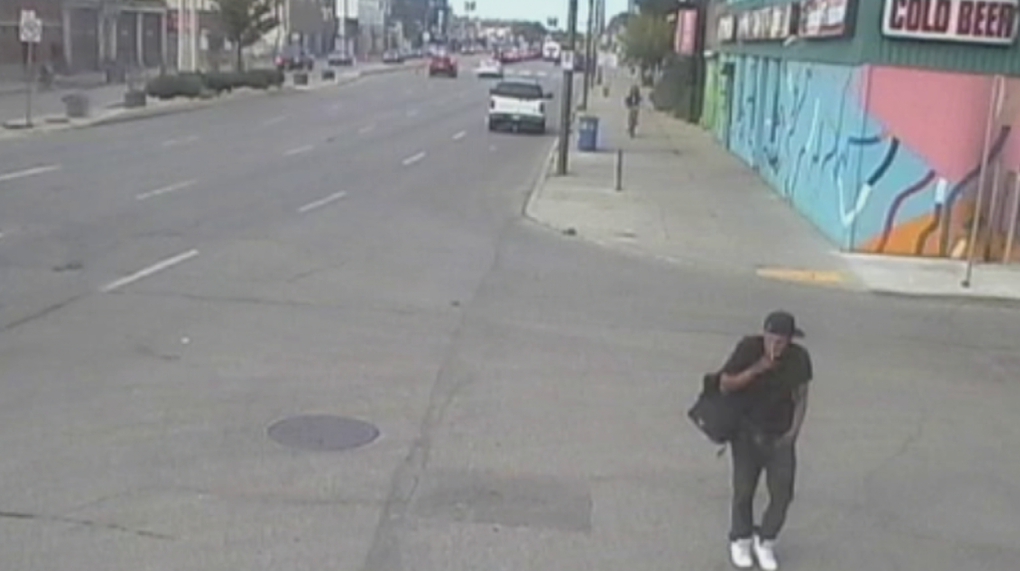 Surveillance footage shows a suspect wanted for a pair of robberies on Main Street where a substance believed to be bear spray was used. (Image source: Winnipeg Police Service)
WINNIPEG -

The Winnipeg Police Service is searching for a suspect following a robbery and an attempted robbery, both involving a substance believed to be bear spray or something similar.

Both incidents happened on Main Street on Oct. 23 and involved victims sitting in their vehicles.

The first incident took place at around 4:30 p.m. near Main Street and Sutherland Avenue. A woman was in her parked car in the 700 block of Main Street when a man she didn’t know walked up to her open window and asked if she had a cigarette. The woman searched for one and when she raised her head, she was sprayed in the face with a substance. The man ran from the scene.

A few minutes later, another incident happened at Higgins Avenue and Main Street. The same suspect approached the passenger side of a vehicle that was stopped in traffic and reached through a partially opened window, grabbing a purse on the seat. The female driver tried to close the window but was sprayed in the face by the man, who also ran away.

A video of the suspect obtained by police was released on Tuesday.

Police are looking for a man with arm and upper-body tattoos. He was wearing a baseball cap and carrying a backpack, and walked with a distinctive gait, police said. They added the man was smoking a cigarette.