'He was well worth being saved': Manitoba Animal Alliance looking for donors to help cover surgery cost of rescued dog 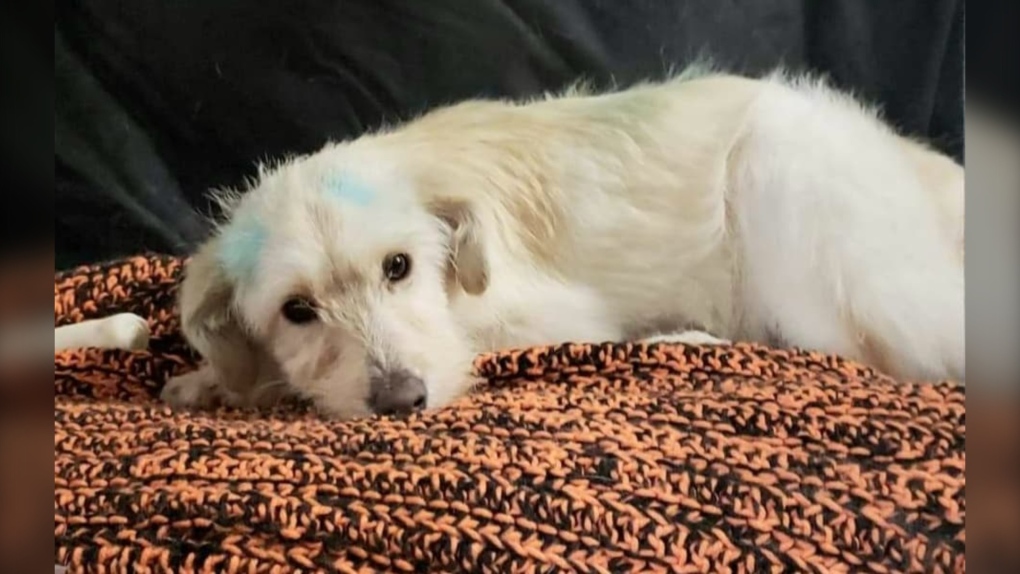 WINNIPEG -- *Warning: some readers may find the details disturbing: Discretion is advised.*

Terry the Terrier was rescued from northern Manitoba and flown to Winnipeg. Terry was found with several serious injuries and was suffering from apparent neglect.

Debra Vandekerkhove is the executive director of Manitoba Animal Alliance and outlined the extent of Terry's injuries.

"He had a broken hip and a broken tail," said Vandekerkhove, who added it had also looked like he was hit with paintballs.

She said they noticed more was wrong with him after he was in their care for the day. 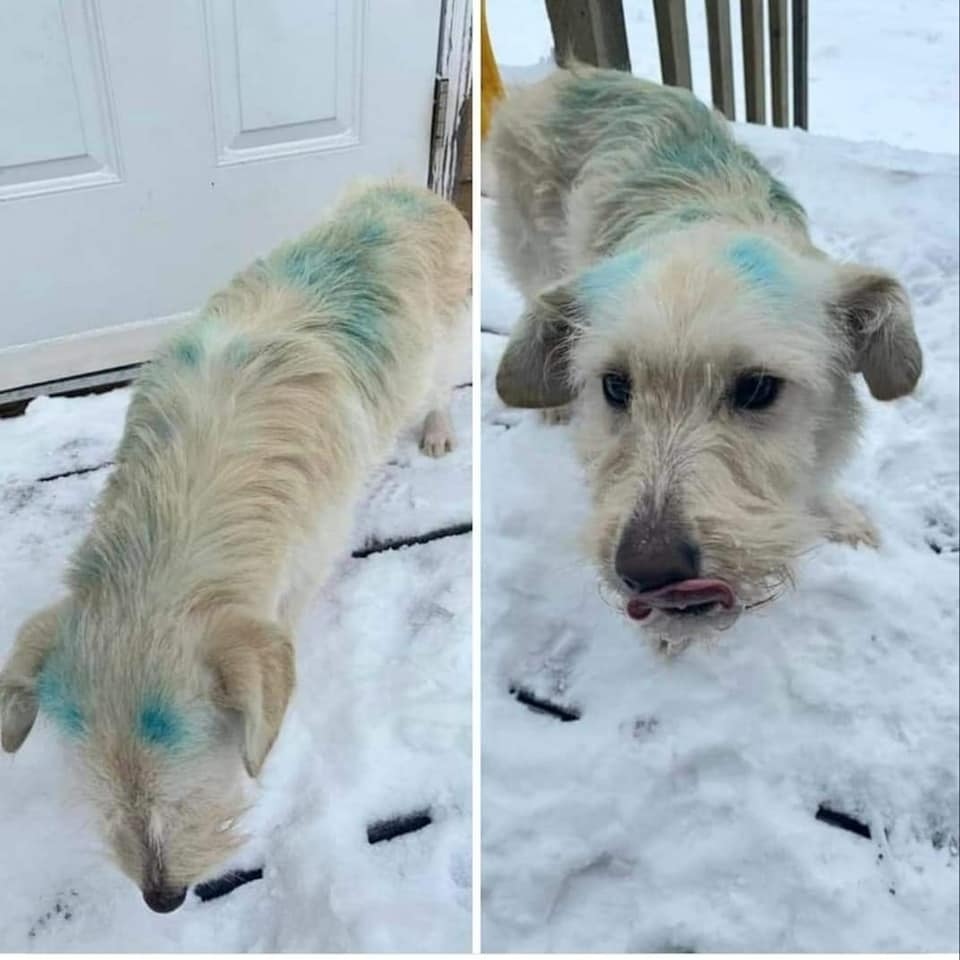 "We noticed he started coughing on Sunday and going up to his foster and basically just kind of looking at her and breathing from his abdominal region."

Terry was taken to the vet and that's when they noticed he had fluid building up in his chest which required emergency surgery.

"The veterinarian believes he could have possibly been kicked as well, which caused a lot of his organs from his abdominal region to go up to his chest cavity."

The fluid buildup was so bad, Vandekerkhove said the vets had to remove 800 millilitres of fluid eight different times.

She was told by the vet that his organs were "a mess" and the surgery took quite a long time. The good news is the surgery was successful and Terry is now recovering, but the dog still has a long road ahead to being completely recovered.

Vandekerkhove said he will require another surgery down the road before they can get him back to full health. 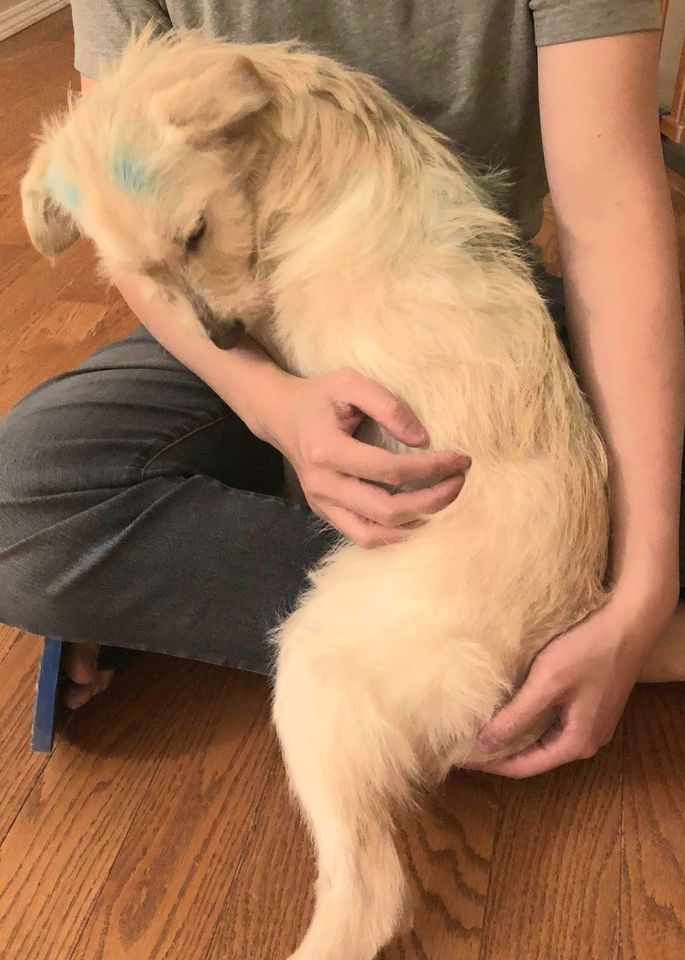 MAKING A PLEA TO MANITOBANS

Now that the surgery has been done, Vandekerkhove is asking Manitobans for help to try and cover some of the cost.

"It was a lot of surgery and also a lot of care. He also required plasma treatment and the eight chest drains, as well as 24-hour care."

With all of that, plus the surgery, she said the bill to keep Terry alive is over $7,600 and that doesn't include the surgeries he will require in the future. 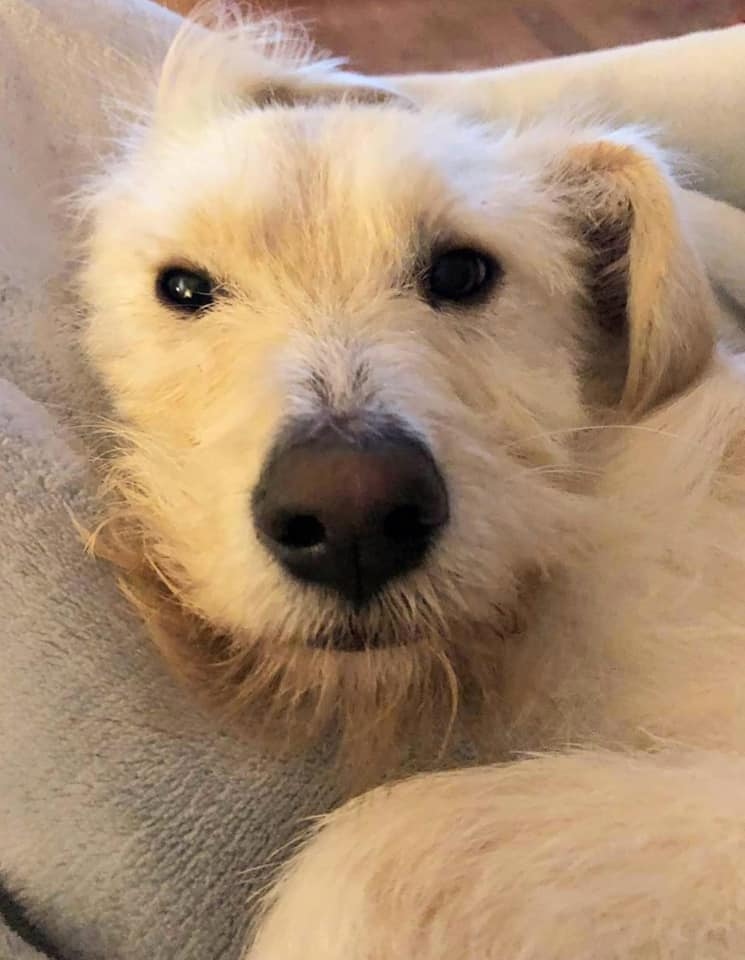 She said if they didn't get him the surgery when they did, he probably would have died.

Anything, anybody can provide would be extremely helpful she said.

WHAT IS NEXT FOR TERRY

Since Terry was rescued, Vandekerkhove said he has been so sweet and gentle and she feels he will be the perfect family dog when he is ready to be adopted.

"We reached out to one of the groups we work with in Ontario, Niagara Dog Rescue, and we asked if they are willing to take his care and take him over as one of their dogs to be adopted," Vandekerkhove said.

“He was well worth being saved.” 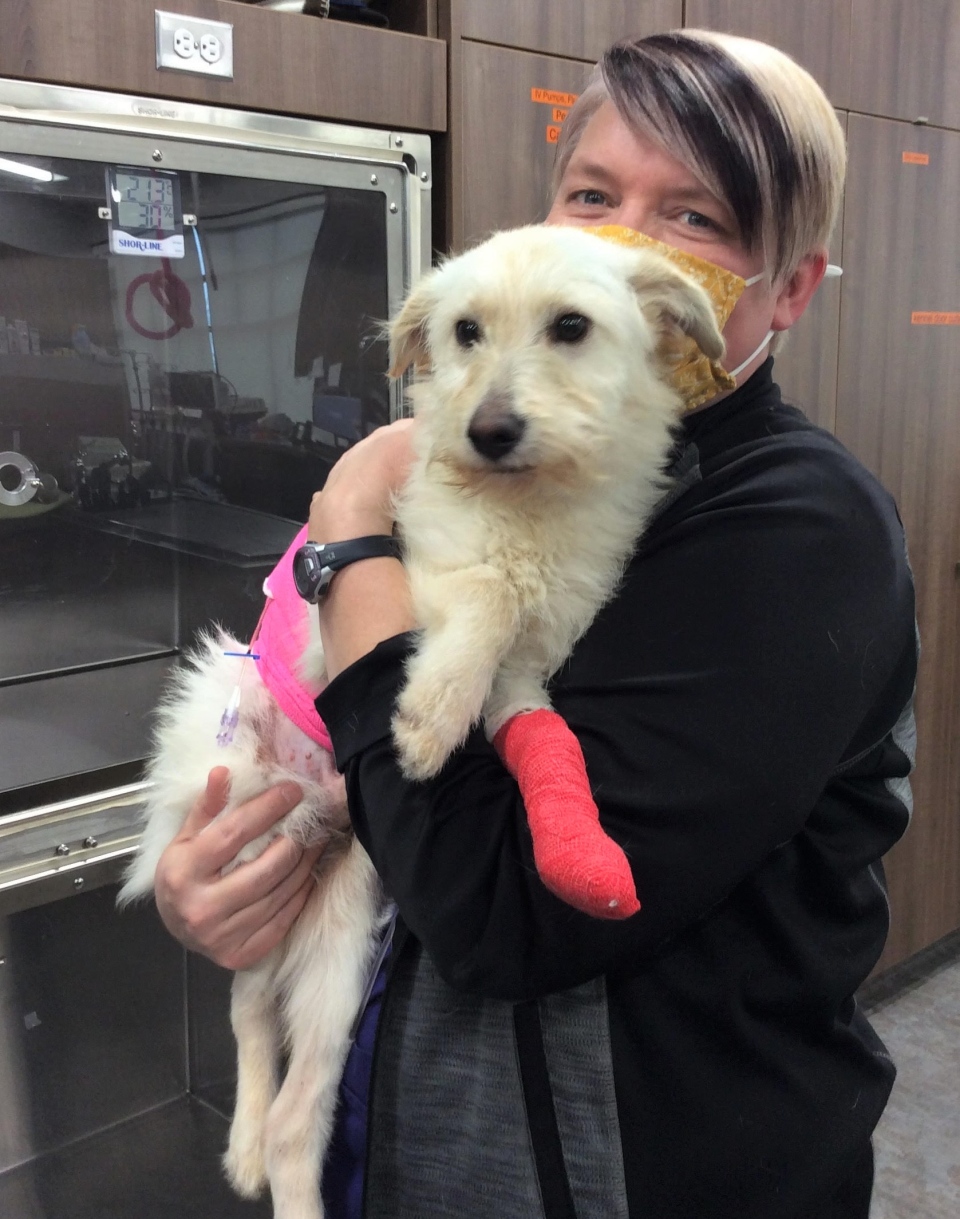 She is thanking everyone, including the people who originally rescued Terry, the veterinarians involved in performing his surgery at Bridgwater Veterinarian, for doing what they did to save him.

If people would like to donate to Terry's cause or any other animal at the Manitoba Animal Alliance, they can visit the organization's website.