High retail sales on reopening weekend may not last 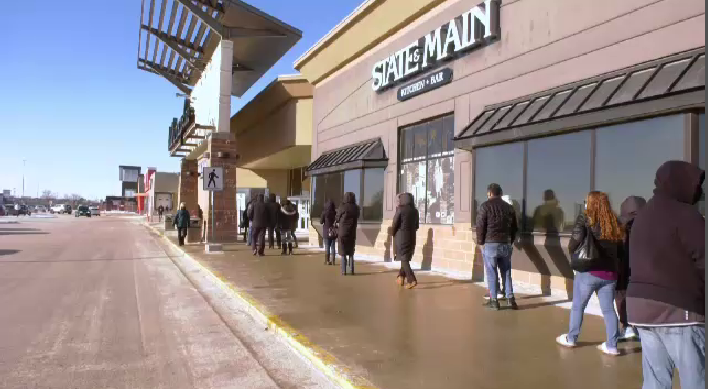 WINNIPEG -- Winnipeggers have been lining up outside stores all weekend to shop in person for the first time in months.

This after new provincial health orders coming into effect Saturday, allowed retail stores to reopen to the public at 25 per cent capacity.

Marketing Manager for Kildonan Place, Corey Quintaine, said he was surprised to see the line-ups during the first weekend of reopening in the province. He believes people have been itching to shop in person.

“A lot of stores are now doing clearance on their holiday and winter merchandise, so the prices are really good right now,” said Quintaine. “There might be some returns from holiday gifts as well, so there’s a few factors that play into why people are excited to get back and shop.”

Quintaine said a lot people were shopping online over the holidays – and some of them are still waiting for packages to arrive.

“Now those folks can come in, pick up what they need, or do something like order online and pick up in store which is gaining in popularity as well.”

Chuck Davidson, president and CEO of the Manitoba Chambers of Commerce, said the influx of shoppers on reopening weekend is due in large part to pent-up demand from consumers. He said what we’re seeing right now is a spike in sales as opposed to an upward trend.

“It will level off there’s no question about that. What we should encourage Manitobans to do is be patient,” said Davidson. “We’re still at limited capacity, 25 per cent. We still want to make sure that we’re controlling the situation as well, we don’t want case counts to go up again.”

Davidson said most retailers have been closed for almost 37 per cent of the time since COVID-19 hit. He said we won’t see retail business truly rebound until capacity limits return to normal.

“I think as long as Manitobans continue to follow the rules, wear their masks – and the numbers head in the right direction, we will be able to ramp up that capacity as we move forward.”