An early morning fire destroyed a landmark in a small southeast Manitoba community.

According to RCMP, officers from the Whitemouth and Lac du Bonnet detachments were called to a fire at the hotel and post office in Rennie, Man. around 3:50 a.m. Fire crews from Whitemouth, Whiteshell and Reynolds also responded to the incident in the community located about 130 kilometres east of Winnipeg on Highway 44.

The cause of the fire is still under investigation but the loss is already being felt by people in the area.

No one was hurt as the hotel was empty but the fire spread fast, destroying the 83-year-old structure which was also home to a restaurant and bar. It has been a fixture in the community just outside the entrance to Whiteshell Provincial Park. 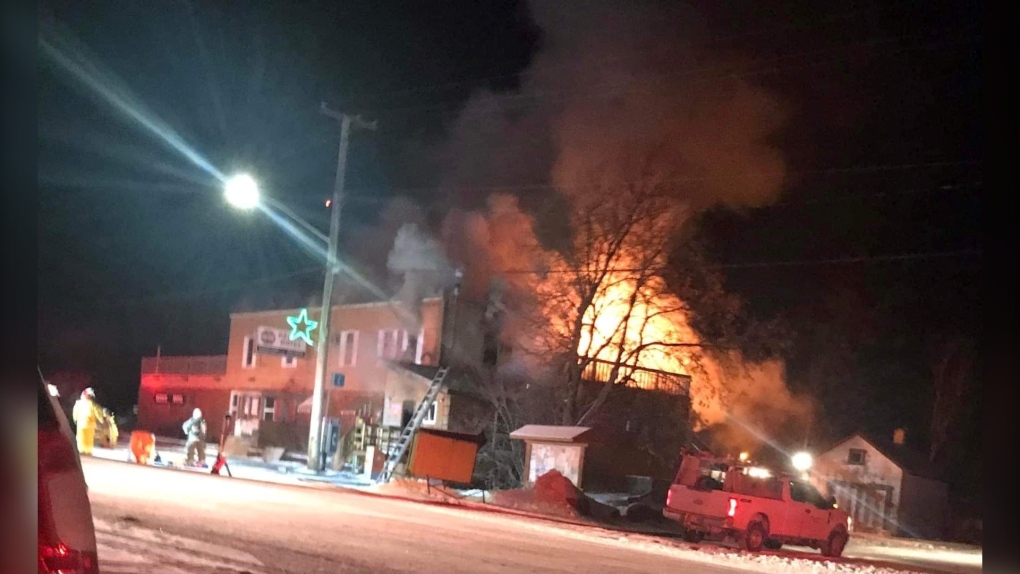 Carlin Giesbrecht, the deputy chief of the Whitemouth Fire Department, said when crews arrived at the fire, it was in its beginning stages.

"The guys made entry and knocked the fire down a bit but unfortunately it had already spread into interior walls, attic spaces," he said in an interview in Rennie.

"We were fortunate that we had the RM of Reynolds Fire Department help us, as well as the Whiteshell (Fire Department) out of West Hawk came to help us so we can rotate guys out of the weather, keep them somewhat warm."

He said crews were also called to another fire earlier on the Canadian Pacific (CP) railway tracks about five kilometres west of town.

According to information from RCMP and CP, a mechanical issue caused a fire on a locomotive around 11:30 a.m. near Rennie. No one was hurt.

Fire crews from Whitemouth responded, extinguished the fire and went home only to be dispatched back to Rennie hours later for the fire at the hotel and post office. 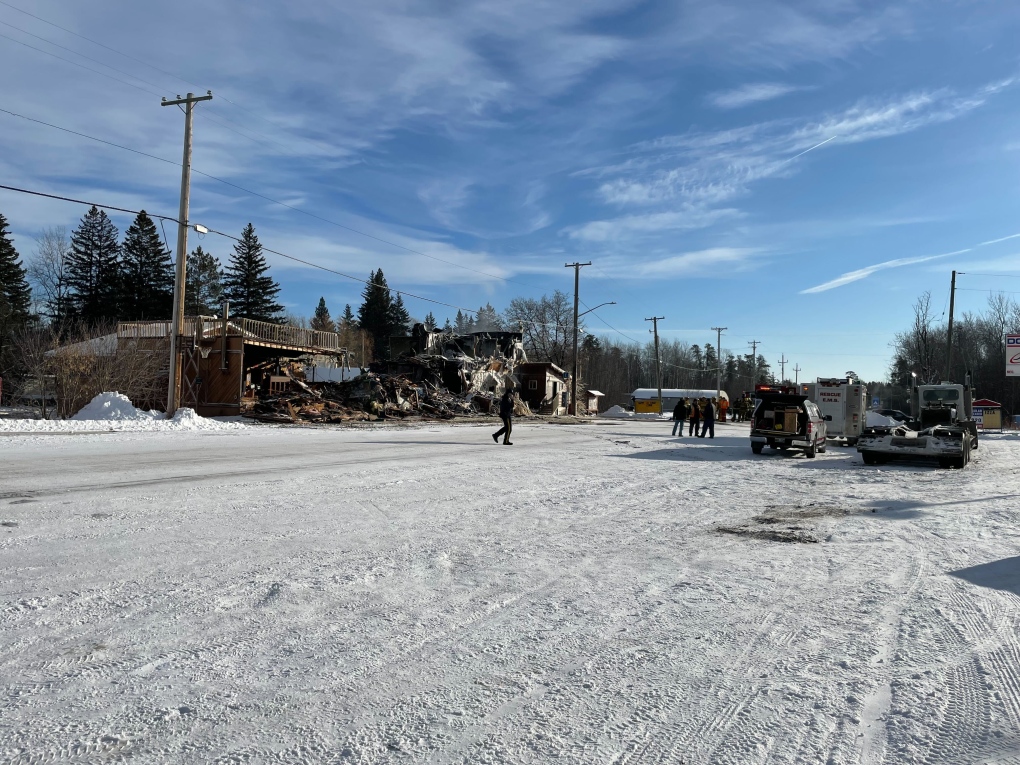 The aftermath of a fire at the Rennie Hotel and post office on Dec. 8, 2022 (Image source: Jamie Dowsett/CTV News Winnipeg)

They sold it and bought it back in 2002 before selling it again just over a year ago while Kuz continued working in the building as the postmaster.

“And we just recently sold in 2021, hoping for the new people to have success but this isn’t so great,” Kuz said.

The new owners, who declined comment on camera, took over the hotel in July 2021. They said it had been closed for the past two months since Sep. 30 due to staffing challenges. But they said they planned to reopen next week just in time for the start of the snowmobile season.

Uma Bilimoria, who ran the hotel with her husband, and also owns the Rennie gas station said she’s shocked and it feels like the land below their feet has been taken out.

"The last year, the hotel was so good. It was up and running. It was doing so good. The people were very happy," she said, adding it was an entertainment hub in the area.

"It's a really big loss for the community."

Russ Gawluk, reeve of the RM of Reynolds, said when open, the hotel was a popular place to stop for snowmobilers in the winter and park visitors in the summer.

“It’s a huge loss," Gawluk said. “Over the decades it’s been a hub for people to get together either coming to or leaving the Whiteshell.”

Shannon Amos, who’s lived in Rennie for 15 years, said losing the hotel leaves a hole in the community.

“Everybody gathered here,” Amos said. “The vendor in the summer time. In the winter time, it was always busy, snowmobilers came from all around for wing nights and gatherings but this is devastating.”

Along with the hotel, the post office located in the building was destroyed.

Weeks away from Christmas, Kuz, the postmaster, estimates up to a couple dozen parcels along with up to 60 letters were lost in the fire.

The post office serves people living in about 140 homes and cottages, he said.

“They will find out,” Kuz said, speaking about the fire. “I think most of it was Christmas presents, a lot of Amazon packages of course but other than that everything seems to be regular mail.”

Kuz said it’s a tough time of year to have a fire at a post office.

He said anyone who lost any mail or parcels will be able to contact Canada Post to make a claim. He said a temporary post office is being set up in the community centre with plans to build a new one in the future.

There’s no word yet from the new owners on what they plan to do about the loss of their hotel but people in the community hope something new can go up in its place.

The RCMP said an investigation into the cause of the fire is ongoing with assistance from the Office of the Fire Commissioner.