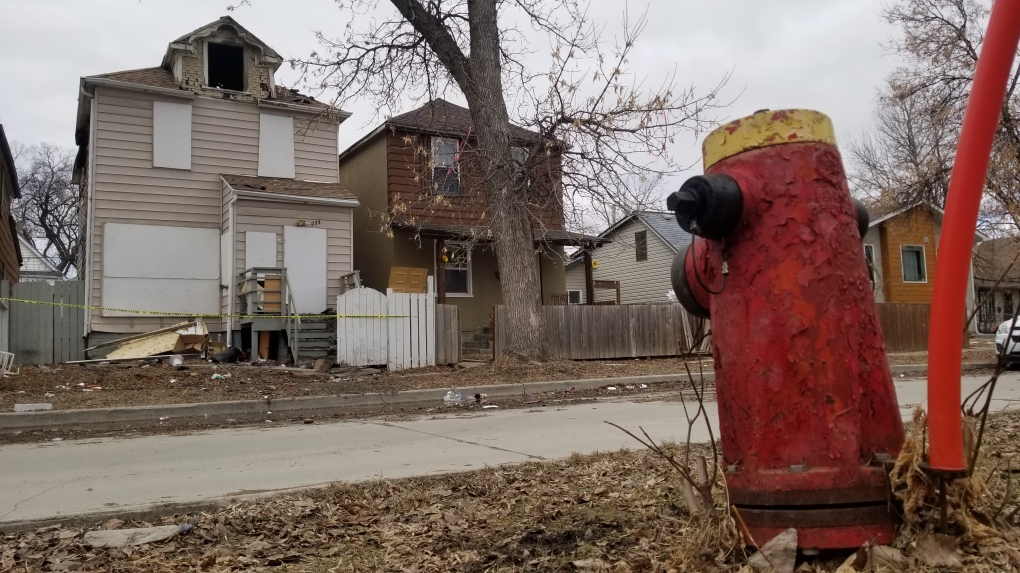 WINNIPEG -- A house fire in Winnipeg’s St. Matthews neighbourhood on Friday forced residents to be evacuated from neighbouring homes.

The Winnipeg Fire Paramedic Service responded to the fire at the empty, two-storey house in the 300 block of Simcoe Street just before 9 a.m.

Once firefighters arrived they found heavy smoke and flames coming from the home, and began to attack it from inside the structure. But because of deteriorating conditions, crews had to get out of the house and attack the flames from outside, while also trying to protect nearby homes.

According to a City of Winnipeg news release, once the flames were knocked down crews went back into the house to extinguish the hot spots and search the home. The fire was declared under control just after 10:20 a.m.

People living in the neighbouring homes were forced to evacuate and were only able to go back in once crews were done their work. No one was hurt.

The cause of the fire is being investigated and no damage estimates are currently available.