How Winnipeg’s real estate market shaped up in September

How Winnipeg’s real estate market shaped up in September 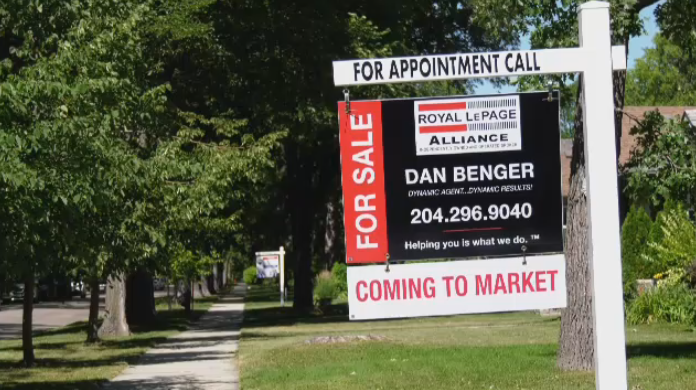 The housing market is continuing to balance itself out in Winnipeg according to the latest sales numbers from September.

The Winnipeg Regional Real Estate Board shared the latest numbers, showing sales have dropped drastically compared to the last two Septembers. Compared to 2021 and 2020, sales were down 20 per cent and 32 per cent respectively, but the board said sales were more similar to pre-pandemic numbers in 2019.

“September is a continuation of the progression in the third quarter of our market region, transitioning out of a sellers’ market to one far more balanced and buyer-friendly,” said Akash Bedi, the president of the real estate board, in a news release.

Another sign that the housing market is coming back down to earth is looking at the average price for a single-family home.

“This gap will likely shrink further in the fourth quarter and may come to the point where last year’s average single-family sales price will be higher than this year,” the real estate board said.

Condominium sales are up slightly in the third quarter compared to the second, and the numbers aren’t that far off from 2021 either the board said.

Condo sales also appeared to do well in September with the board saying there were nine upper-market sales – prices over $500,000 – compared to zero in September 2021.

Canada is importing more children’s medication amid an unprecedented surge in demand, but the head of the Ontario Pharmacists’ Association warns that the supply will still need to be rationed if it’s going to last.

Fleeing shelling, civilians on Saturday streamed out of the southern Ukrainian city whose recapture they had celebrated just weeks earlier as the country remembered a Stalin-era famine and sought to ensure that Russia's war in Ukraine doesn't deprive others worldwide of its vital food exports.

Lionel Messi’s Argentina face a crucial encounter against Mexico after Kylian Mbappe starred in France's win over Denmark. Australia and Poland both stayed alive in the competition with wins.

A former college student who randomly killed a Florida couple in their garage six years ago and then chewed on one victim's face finally goes on trial Monday, with a judge deciding whether he goes to prison for life or to a mental hospital.