Hydro workers out of town to fix storm damage will be able to vote on election day: Manitoba Hydro 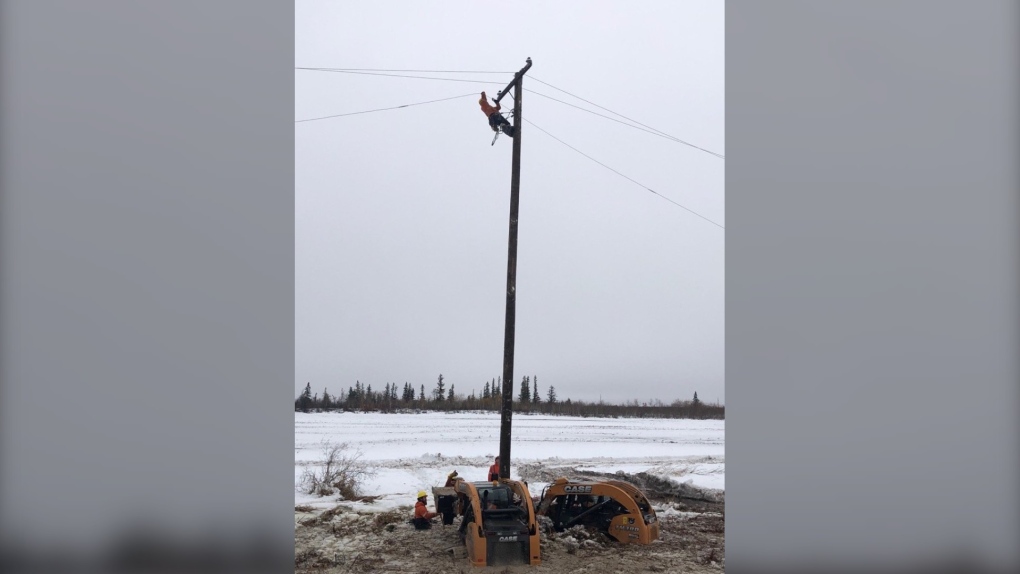 WINNIPEG -- Days before the election, a plan has been kicked into gear to make sure workers tasked with restoring power to Manitobans after a devastating storm will be able to vote on election day.

On Friday afternoon Manitoba Hydro said employees will be able to vote at a polling station near where they are working.

That after Elections Canada had said earlier on Friday that there may be no alternatives for Manitoba Hydro and SaskPower employees working away from home who are unable to make it to their own ridings on election day.

Scott Powell with Manitoba Hydro told CTV News they went back and forth with Elections Canada to develop a plan to make sure the workers don’t have to return home to their own ridings to cast a vote.

“In some cases, we would have had staff that were having to travel three and four hours back to their home riding, one way, to vote, and then travel back to the job site,” he said, saying that could cause a major disruption to power restoration efforts.

“This really will go a long way towards minimizing those disruptions, and allowing our staff to get their vote in, which is crucial and important to us.”

As of Thursday, Manitoba Hydro said 900 of its employees were still working to restore power, one week after a slow-moving, destructive early winter storm rolled into Manitoba’s central and southern regions, which at its height left more than 50,000 hydro customers in the dark.

SaskPower also sent some of its employees to assist with the effort to repair or replace the more than 3,600 wooden utility poles and 100 transmission structures damaged in the storm in the Dauphin, Interlake and Portage la Prairie area.

A major storm left thousands in Manitoba with mass power outages. SaskPower has sent 24 employees to help. We’re told it could take up to 10 days to fully restore power. We’re actively managing resources to ensure we’re equipped to respond to any Sask outages. pic.twitter.com/46zzlzBMvr

When a poll became a shelter

Elections Canada shared that one group of hydro workers was already able to vote Monday, almost by chance.

“Manitoba Emergency Measures Operations asked our Returning Officer if we could share one of our Advance poll halls, in Selkirk-Interlake-Eastman riding, so they could provide shelter and food for over 60 hydro employees working, to restore power in their area,” Kenny said, explaining those workers were given access to special ballot voting.