'I'd never seen anything like it': Fallstreak hole dazzles Winnipeg cloud watchers

Sky gazers in the northeast part of the city were treated to a weather phenomenon called a fallstreak hole, which looks like a large hole has been punched through a cloud. 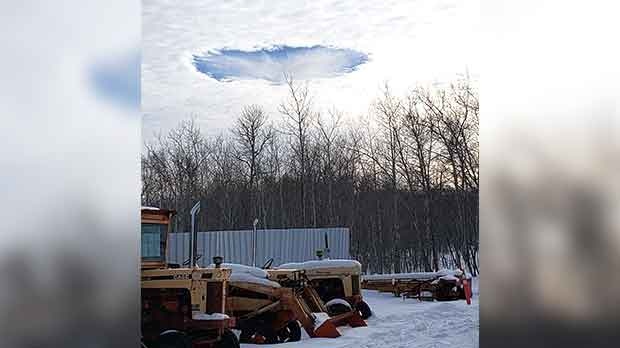 "I saw this round thing in the sky, and I'm looking up wondering, what is that? I'd never seen anything like it and I took a picture of it," recalled Linda Parkes, who pulled over on the side of the highway to see the hole.

"It actually kind of reminded me of, I don't know, is that the hole for the mothership to come get us?" 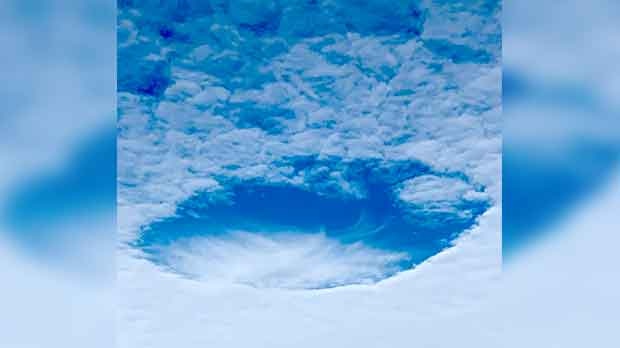 According to Environment Canada, a fallstreak hole is the result of part of the cloud turning to ice.

"You have a bank of cloud, super-cooled liquid droplets that then encounter ice nuclei. Ice crystals form using up the cloud droplets from the sky, and you're left with this hole," said Environment Canada's Natalie Hasell.

Hassel said fallstreak holes commonly form as a result of an aircraft passing through the cloud. 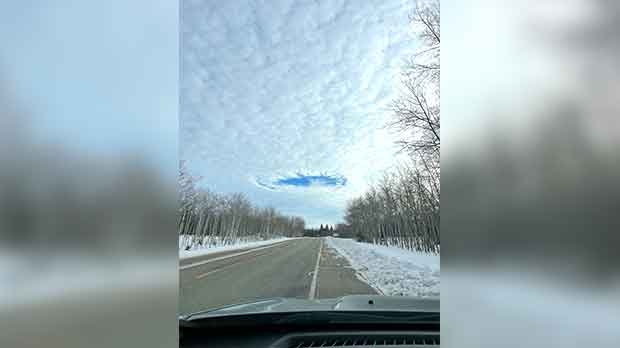 "So you have an aircraft taking off or landing, and it will travel through the cloudbank. In the exhaust, the stuff that is left over when the fuel is burnt is projected out, we have some water in there, and the particles that come of fuel exhaust tend to ice nuclei," she said. 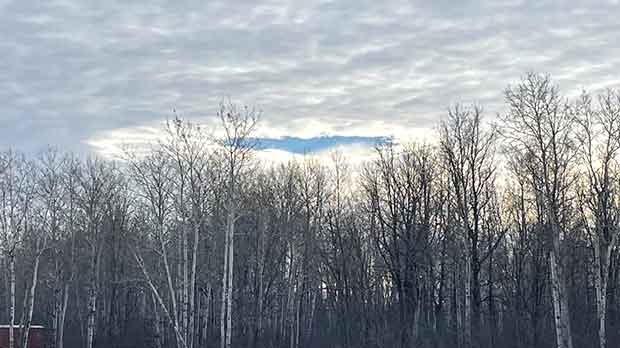 Those who saw the hole believe it's a good reminder to enjoy Manitoba's always-changing weather.

"Pull over to the side of the road, take it in, take those pictures," said Parkes. "I think they are priceless."

Environment Canada is reminding people to watch where they're going while weather watching and to never stare at the sun. 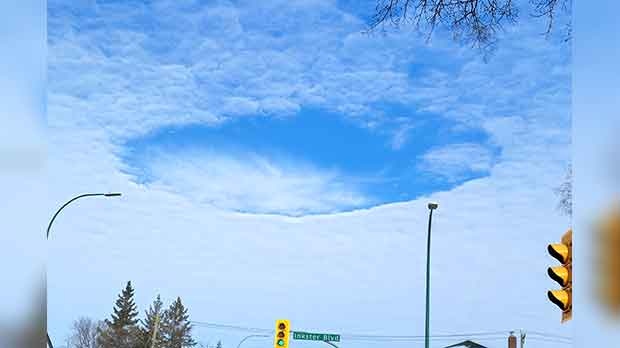 Several viewers submit photos of a Fallstreak hole or a hole punch cloud, spotted over Manitoba on Sunday. Photo by Myles Spence.

Anders Behring Breivik, the right-wing extremist who killed 77 people in massacres in Norway in 2011, appeared before a parole hearing Tuesday, seemingly more focused on spreading white supremacist propaganda than gaining an improbable early release from prison.

Documents give glimpse of Finance Department's outlook, warnings on inflation

Newly released documents show the Finance Department last year warned that the pace of price increases could gain speed, even as the Liberal government and central bank maintained that inflationary pressures were temporary.

Researchers at a Toronto-based tech laboratory have uncovered security vulnerabilities and censorship frameworks in an app all 2022 Beijing Olympics attendees must use.

A small group of Canadian special forces have been deployed to Ukraine, health experts dispute Beijing's Omicron case came from a Canadian parcel and Leylah Fernandez's run at the Australian Open ends early. Here’s what you need to know today.