WINNIPEG -- Making it to 99 takes grit, and so does surviving COVID-19 at that age.

"I didn't even know I was sick," she said in a Zoom interview from her room at the River Ridge 2, which she hasn't left for a month.

Kolisnyk was tested for COVID-19 after coming into contact with a positive case at the assisted living facility.

"I was quite concerned, I didn't know what the outcome would be," said her daughter, 66-year-old Donna Kurt. "Then I heard from the WRHA that healthcare aides weren't available to come."

Kurt, who is immunocompromised herself, went inside the facility to help care for her mother.

After two nerve-wracking weeks, Kolisnyk got the all-clear. "I was so happy. I was dancing. And I don't normally dance," said Kurt.

All throughout the pandemic her daughter has been by her side, even canoeing along the Red River to wave hello outside her mother's window back in November.

The two canoed and camped together well into Kolisnyk's 80s.

She and her husband moved to Morden and then Winnipeg, where they raised four children. 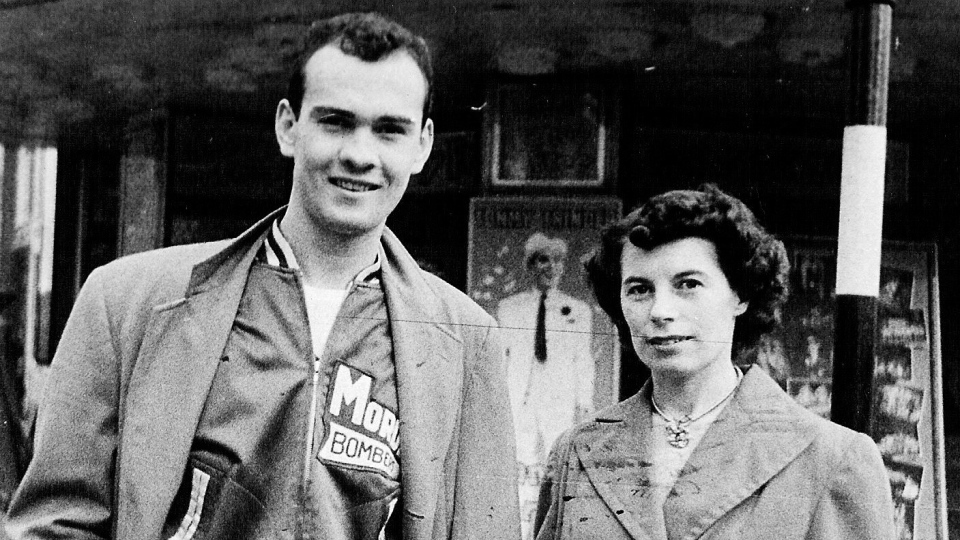 Alice Kolisnyk and her husband were married for 54 years. (Source: Donna Kurt)

After a few bad falls, her daughter said Kolisnyk has slowed down, but she's still learning new skills.

She taught herself to paint in her nineties.

"My first painting was a butterfly and the nurse said, 'is that ever beautiful. You better keep on painting.'"

Kurt calls her mother "tenacious" and says her motivation for making it to 100 is to get her letter from the Queen, who she met eight decades ago, during a royal visit to Manitoba.

The other driving factor is to be able to gather with family again on April 24 when she turns 100.