'It's going to be devastating': Shoppers react to new public health orders 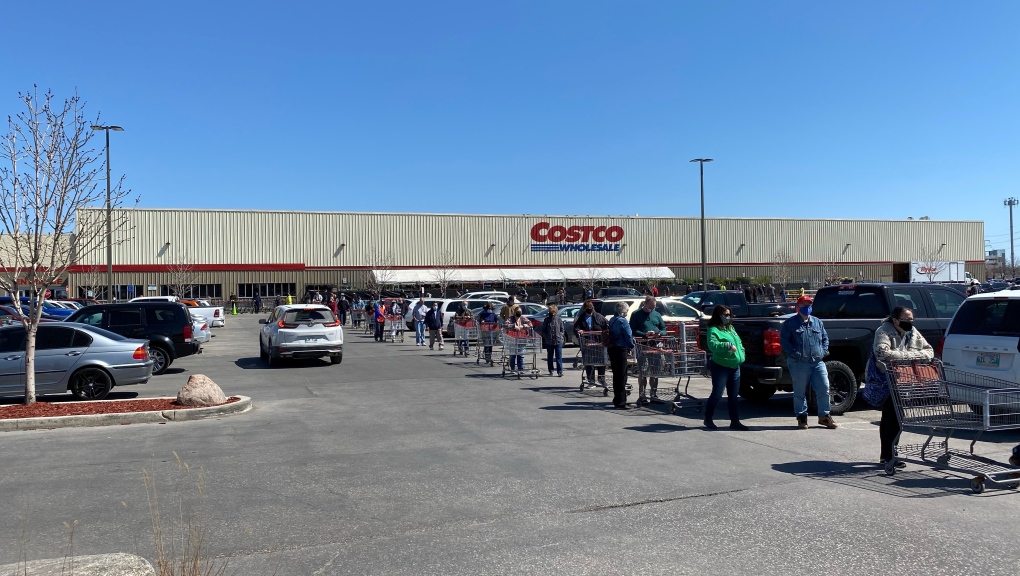 A long line could be seen outside this Winnipeg Costco on Saturday, May 8. (Source: CTV News/Zach Kitchen)

The new restrictions going into effect on Sunday will limit most retail store capacities to 10 per cent, to a maximum of 100 shoppers, for at least three weeks.

Outside of the Costco on Regent Avenue, lines of people could be seen stretching across the parking lot.

Shopper reaction to the new health orders was mixed, with one man saying the new restrictions will have little effect on the rising COVID-19 case numbers.

On Saturday, Manitoba reported another 488 new cases of the virus, a day after case numbers topped 500 for the first time.

Another shopper CTV News spoke to was ok with the restrictions but questioned the timing.

"If they had to close, maybe they should have closed a little sooner," said Debra Kozan, who was out shopping for apples.

Kozan's big concern was for the health of affected businesses.

"It's going to be devastating for other businesses. Some of the small businesses are going to close. I have this funny feeling," she said.