'It’s never too late to follow your dreams': New Winnipeg restaurant hoping to share a taste of the Philippines

'It’s never too late to follow your dreams': New Winnipeg restaurant hoping to share a taste of the Philippines 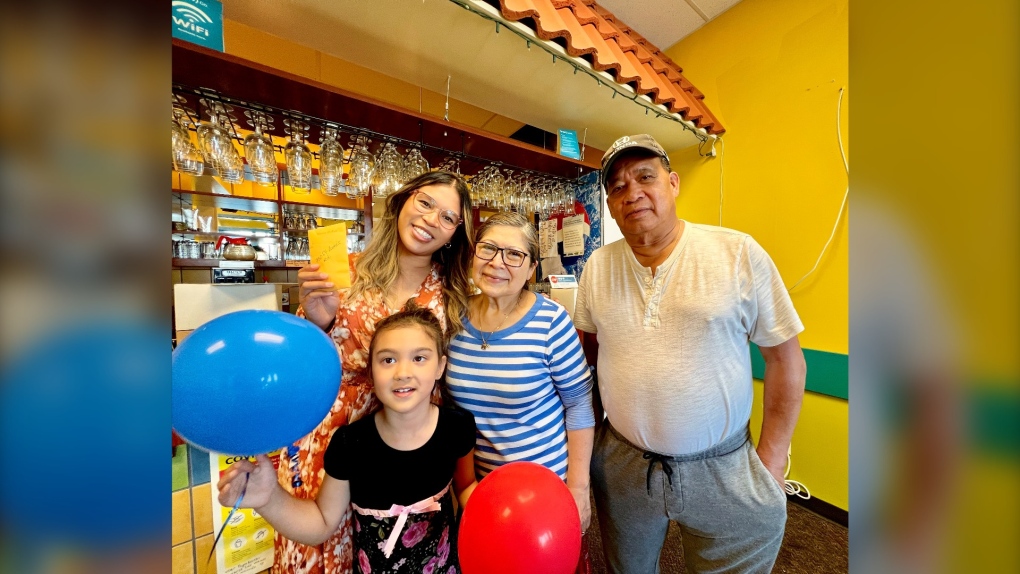 Jackie Wild with her family, including her dad Agustin Doming, as they received the keys to the building that will be the home of Tito Boy Restaurant. (Source: Jackie Wild)

A taste of the Philippines will soon be coming to southern Winnipeg, a dream that is finally coming true for one of the people behind the restaurant.

Tito Boy Restaurant is set to open near the end of September or early October. Jackie Wild, the owner and founder of the restaurant, has partnered with her dad to open the restaurant, saying this has been a dream of his ever since he was a kid growing up in the Philippines.

“He spent a lot of time with his mom in the kitchen; they were incredibly busy running their own farmland. They had rice and coconut fields, while their dad sold lumber for a living. So naturally, between him and his four siblings they worked a lot on the farm and the home together,” said Wild.

Wild’s dad Agustin Doming moved to Canada in the 1980s with Wild’s mom and in the 1990s he was able to go to culinary school.

However, he stepped away from the industry to have a better work-life balance.

“He always had the passion for cooking on the back burner. So, after his 16-year career working as a health-care aide for the WRHA, he is officially retiring from that job, in a week’s time from now. Literally, next Friday is his last day, working his last shift. He is probably going to take a few hours to rest and relax and dive right into this new career.” 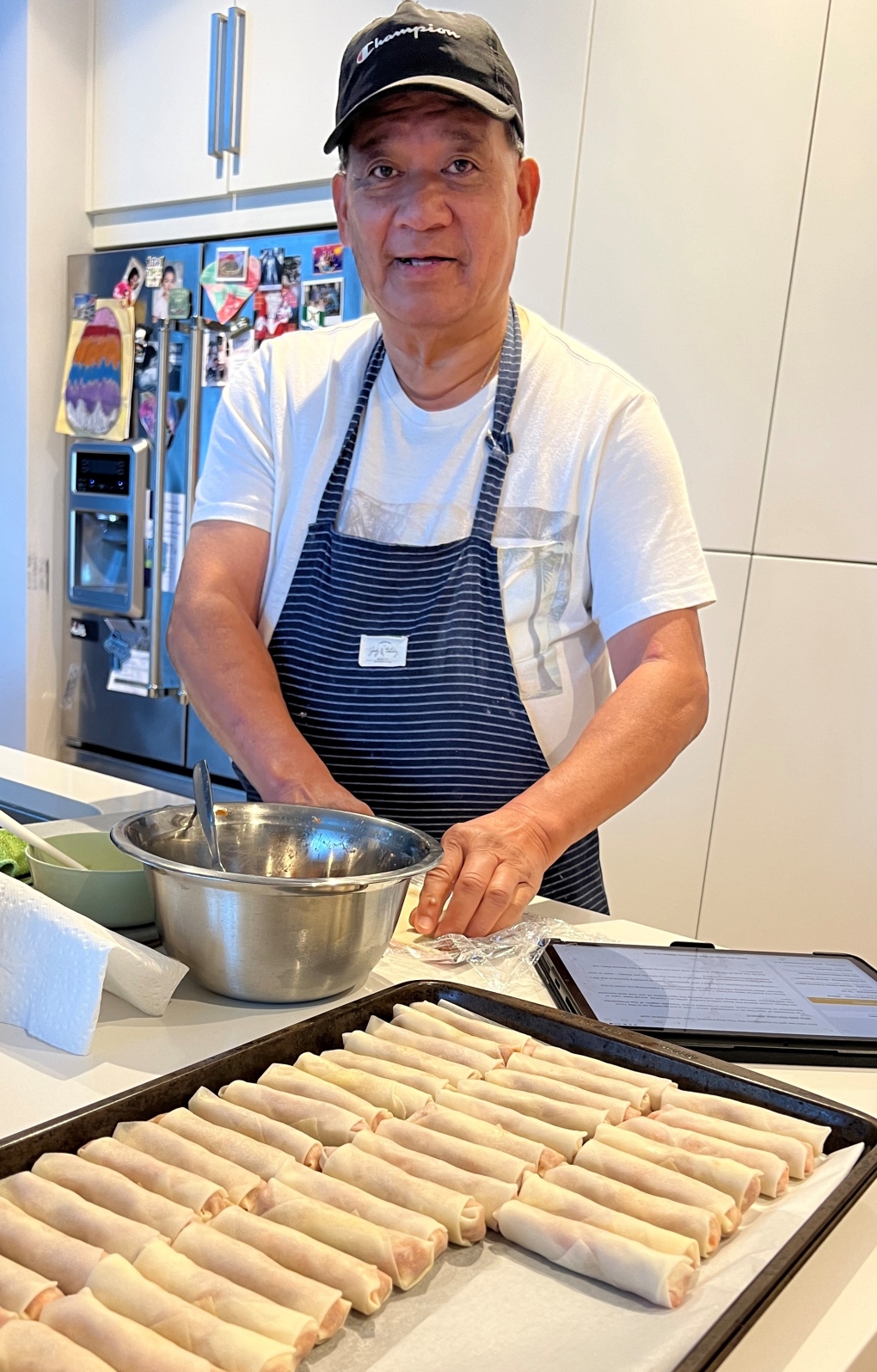 The plan to finally follow through on Doming’s dream started to come together over the last five years, Wild said, adding his passion to have a restaurant came back to the forefront after he helped his family in the Philippines open a small takeout restaurant in Manila.

“I think that’s how the spark was just reignited inside of his heart to want to pursue this here in Canada and I was lucky enough to have some time off and time away on maternity leave with my second little one and thought, ‘You know, if we aren’t going to be able to get this up and running now, it may never happen.’”

Before stepping into the industry, Wild knew opening a restaurant was risky and it was even riskier coming out of the pandemic, but she said they did their research before diving in head first, noting the Filipino community is quite large in Winnipeg, especially in the southern part of the city. 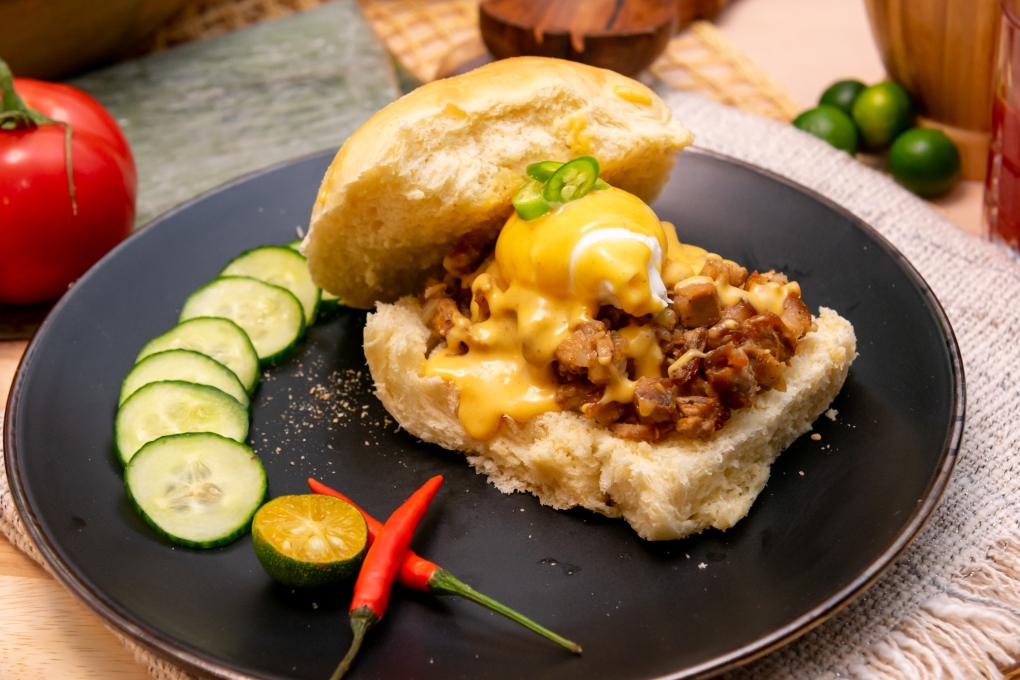 Sisig eggs benedict - sisig is a traditional Philippine dish made up of pig's face and belly along with chicken liver. (Source: Jackie Wild)

“So I think that the opportunity is ripe when it comes to timing, bringing people into the fold and having a sense of cautious optimism as we forge ahead and also understanding that there is still a huge risk as we take this leap of faith, but we are doing it with community in mind.”

SHARING THE FILIPINX CULTURE THROUGH FOOD

Wild said this restaurant is so important, not just for her father’s dream, but also to share her culture with others in Winnipeg.

“Food is such a staple in every Filipinx household, at every Filipinx party or wedding social, any type of gathering,” she said. “I think it’s a really great way to help us reconnect with our culture, understand our culture and also be kind of a bridge between generations as well.”

Wild hopes their restaurant turns into a place for all people to enjoy and also can become a place that is like a home away from home for Philippine-Canadians. 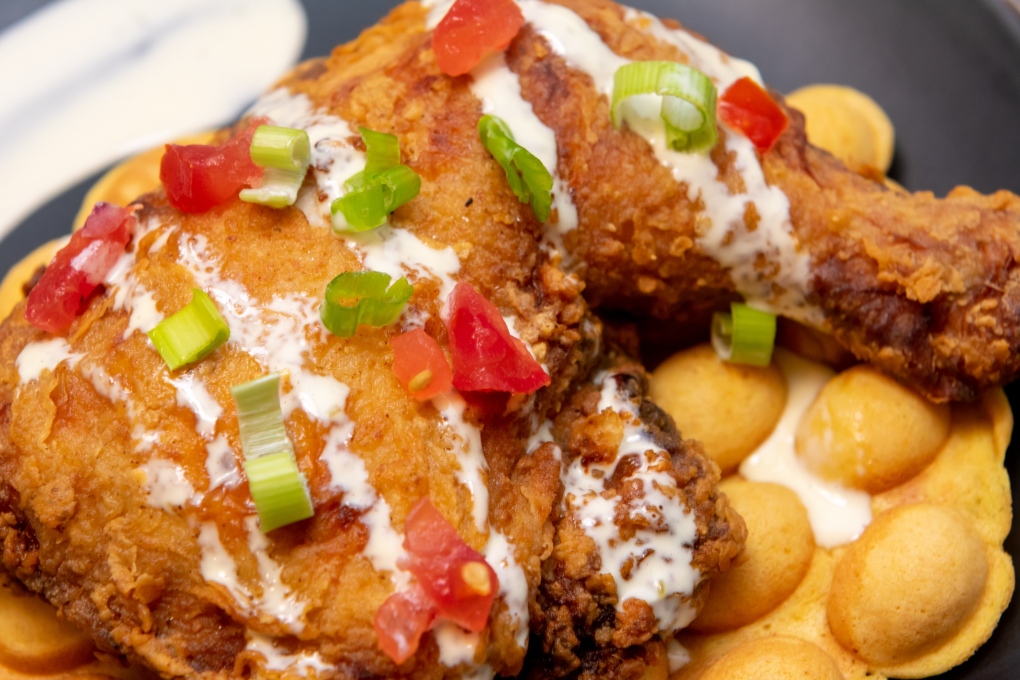 Tito Boy Restaurant is set to open in late September or early October at 730 St. Anne’s Road in the Southglen Shopping Centre.

Wild said they are in full construction mode right now, but hope to have a launch party when they are ready to open.

“I’m really incredibly proud of my dad for pursuing his passion, so late in life and still having that fire alive within him to want to see this through. And he really is a demonstration of (how) it’s never too late to follow your dreams.”

To stay up to date on the restaurant people can follow them on social media.

North Korea on Sunday fired a short-range ballistic missile toward its eastern seas, extending a provocative streak in weapons testing as a U.S. aircraft carrier visits South Korea for joint military exercises in response to the North's growing nuclear threat.