"It scared the hell out of me": Teulon man gets haunting message from wife wounded in Las Vegas shooting

When a gunman opened fire on people attending a country music festival on the Las Vegas Strip, at least two Manitobans were shot.

Friends Jody Ansell of Stonewall and Jan Lambourne of Teulon are among the wounded.

Both women are recovering in hospital in Las Vegas.

Jody posted on Facebook she was hit in the arm.

Jan’s family said she was shot in the abdomen and had to undergo surgery.

Joseph Lambourne was at work in Estevan, Sask. when he got the news his wife had been shot.

"Her sister called me at probably, I think it was midnight, and told me,” he said.

Shortly after his sister-in-law called, Joseph got a series of ominous text messages from Jan in Las Vegas. 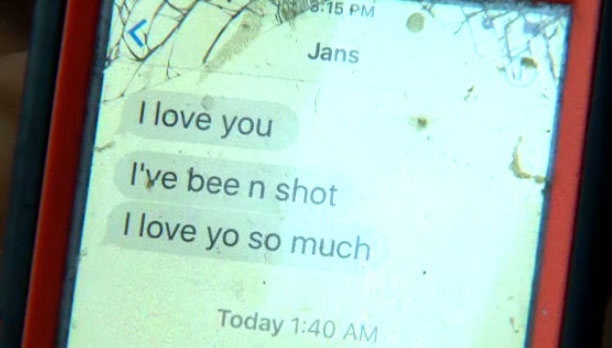 "She said ‘I've been shot” and then she said ‘I love you so much,’” said Joseph fighting back tears.  “It scared the hell out of me."

He said Jan and Jody became separated during the shooting and that Jan was taken to hospital by an army medic in critical condition, which has since been upgraded to stable.

Joseph immediately left work for Teulon to get his passport.

He and his son have a flight booked to Las Vegas that leaves Tuesday morning, but he has spoken to Jan by phone. She described a chaotic and horrifying scene.

"She says she heard three or four pops at the beginning and her and her friend thought they were setting off fireworks,” he said.  “Then there was more pops she thought ‘oh yeah somebody’s playing with firecrackers’ and then she said everybody started running.”

In Teulon, where Jan works, friends have tied get well soon balloons to her hair salon.

Allie Coles and Rachelle Chaput found out Monday morning Jan was among the hundreds wounded in the shooting.

"It's devastating to hear when it's not somebody close to you, not somebody that you hold dear, right,” said Chaput.  “When it happens to a close friend there's no words...it's heartbreaking."

Coles said she was shocked when she found out what happened to her friend.

“She’s so far away, it’d be nice just to go visit her,” said Coles.  “To show her there are people out there who are thinking of her, that care about her, but we can’t.  We just sit here and play the waiting game.”

Jody Ansell remains in hospital but has said she won't need surgery.

As for Jan Lambourne, her husband said it’s too early to know how long her recovery will take.

"I just want to get her and get back.”