'It was terrifying': Manitoba family waits an hour for help after bear repeatedly breaks into cottage

'It was terrifying': Manitoba family waits an hour for help after bear repeatedly breaks into cottage

A Manitoba family is left with a broken window on the side of its Lester Beach cottage and lingering fears after a bear broke in overnight.

Kat Devuono said it happened at around 4:30 a.m. Monday morning.

Devuono, along with her two children, her sister, her niece and nephew, and her parents were sleeping soundly when she heard the sound of glass shattering.

“We jumped up and we found in the back part of our cottage, that there was a black bear,” she told CTV News Winnipeg. “It seems that he smashed the glass, took out the screen and came in.” 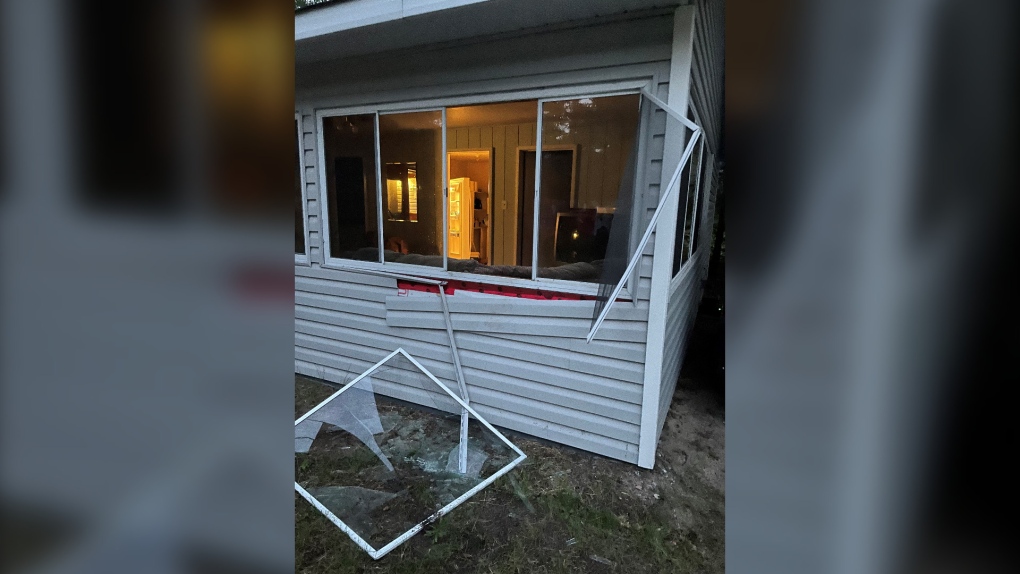 Kat Devuono said a black bear smashed the window of her cabin, took out the screen and climbed inside. (Image Source: Ainslie Devuono)

Devuono said the bear made its way to a back area of the cottage and helped himself to some food inside a cooler.

She noted they did not have any food or garbage on the front lawn to attract the animal to the cottage that has been in Devuono’s family for generations.

“It's actually a miracle because the space where the bear entered is where we have a couch that pulls out. Last night was one of the only nights the kids hadn't slept on that pull-out couch,” she said.

They brought the kids into one of the bedrooms and barricaded them inside with a dresser, while Devuono’s sister called 911.

From there, Devuono said they were ping-ponged from a 911 dispatcher to local RCMP, who then connected her with Manitoba Conservation, now known as Manitoba Natural Resources and Northern Development. She said that person advised they had no one to come out to help, and ultimately directed them back to police.

“(RCMP) let us know they did not know how they were going to be able to handle this, that it was really a Conservation issue, but that they would send somebody out,” Devuono recalled. “From the time that call took place to the time somebody came was about an hour.”

Manitoba RCMP confirmed its Selkirk detachment received the call about the bear at around 4:30 a.m.

“RCMP were advised that Conservation would not be attending so the officer called the complainant for an update. It was reported that the bear was inside the cabin and there were several adults and children inside as well. Officers immediately began heading to the address,” RCMP Cpl. Julie Courchaine told CTV News by email. 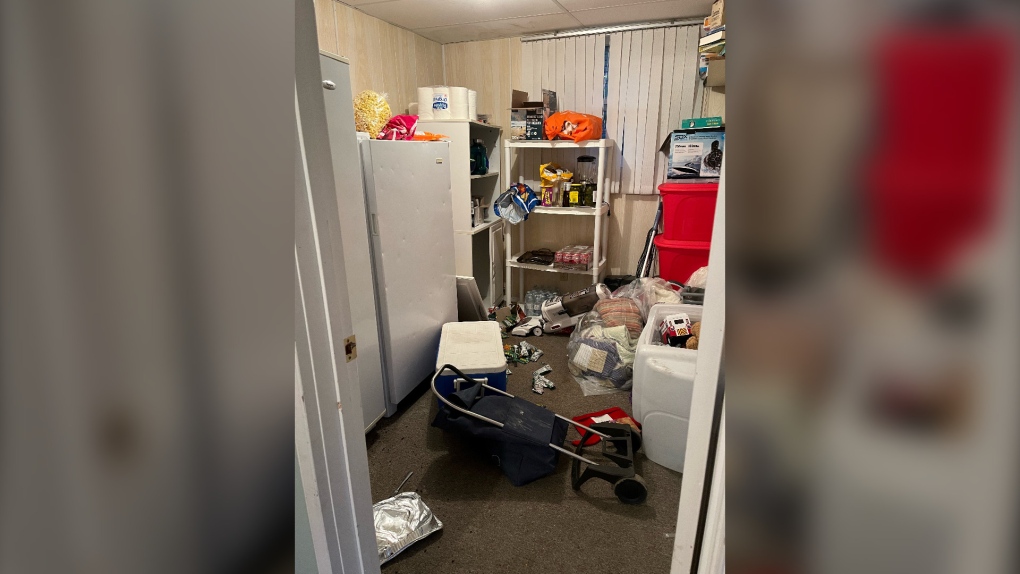 Devuono said the bear made its way to a back room of her Lester Beach cottage and helped himself to some food from a cooler. (Image Source: Ainslie Devuono)

While waiting for police, Devuono said the bear came in and out of the cabin multiple times, blocking the family from accessing their car keys.

They tried to make noise to agitate the bear or scare it away, but it did not work.

The family posted to their beach community’s Facebook group to alert other residents and ask for help or advice.

“There was that incredible fear that there was no one coming to help,” she said. “It's terrifying when your hope is in fellow [residents], that you don't know what is going to happen next.”

RCMP said they arrived on the scene about an hour after the initial call came in. No one was hurt, and officers searched the property but could not find the bear. 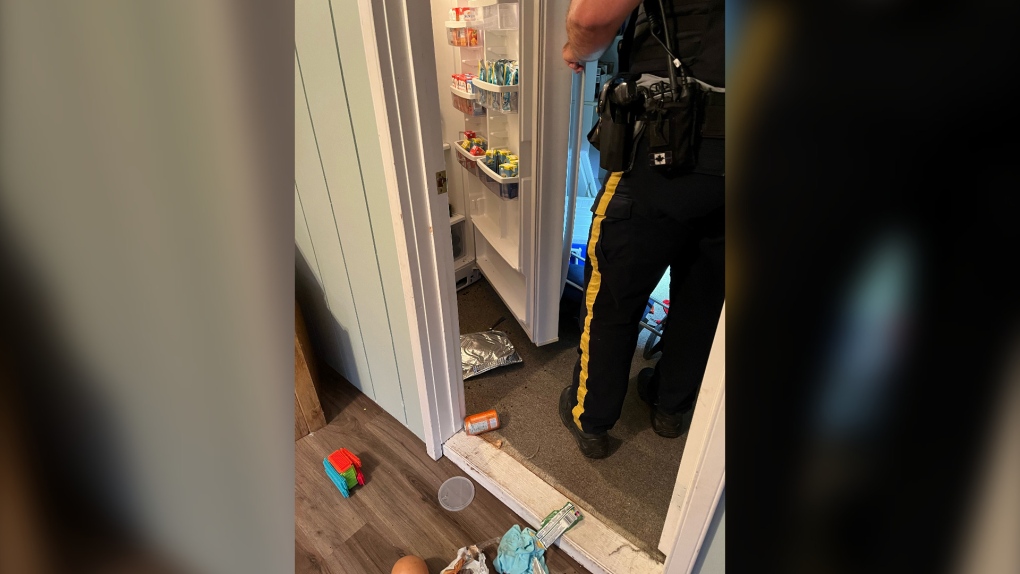 Manitoba RCMP confirmed its Selkirk detachment received the call about the bear at around 4:30 a.m., and arrived on scene about an hour after. (Image Source: Ainslie Devuono)

Devuono is grateful for the RCMP, but believes there should be conservation officers on-call who are trained to respond to situations like this, at any time of day.

In an email to CTV News Winnipeg, a government spokesperson said Manitoba Natural Resources and Northern Development’s tip line is monitored, but conservation officers are not on duty 24/7.

Staff at the call centre relay messages to the appropriate staff, but there would not have been anyone on duty at that time of night. Therefore, based on the urgent nature of the situation, calling 911 was the best course of action, they said.

“Conservation officers are aware of the incident and were out at 8 a.m. today to set a trap in the area. Officers also provided general information about reducing attractants such as removing bird feeders, ensuring barbecue grills are cleaned after each use and to make sure any food sources are tightly secured away,” the statement said.

He added while he is not familiar with this exact incident, he believes the bear likely smelled something it wanted to eat, and was in the cottage searching for food, not people.

“Bears are food-oriented. They are looking to store fat for the winter, and to be able to raise their young and be able to provide milk for their young,” he said.

Benson notes there is a healthy berry population to feed bears this year, in contrast to last year, when Manitoba experienced drought.

He said to protect themselves and their properties, Manitobans should keep their cabins and campsites clean, remove garbage, and generally reduce smells to not attract bears or other wildlife.