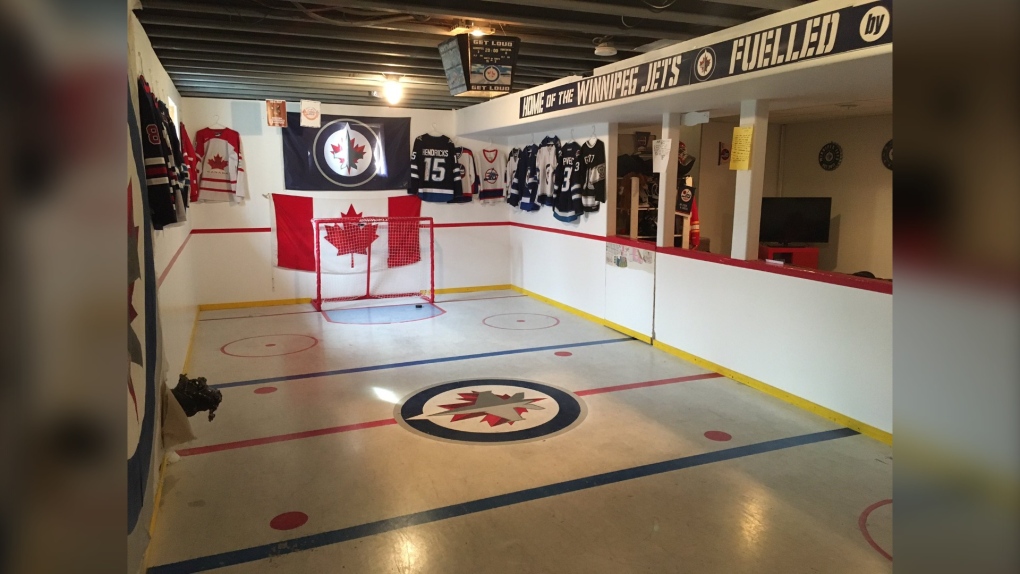 WINNIPEG -- The ongoing COVID-19 pandemic and self-isolation gave a Winkler man plenty of time to complete a household project.

Gave the basement ministick rink a new coat of paint and I think I can finally say it’s complete! @nhl @NHLJets #GoJetsGo pic.twitter.com/VgWDoMyk8w

Harder said the plan started eight years ago when he moved into his new home as a project for him and his sons.

“We needed something to do to burn some energy, and the basement wasn’t completed at that time, so I figured, let’s make a rink,” he said. “I didn’t expect to go this far, but when I do something, sometimes I like to go overboard.

“I had the paint, I had the construction knowledge, and I had some time, so I started putting things together.”

When it was safe to play on the surface, finishing the rink wasn’t high on the priority list, Harder said.

But, being self-isolated at home gave him more time to fine-tune the space to his liking.

And he’s not done yet.

“I have some ideas on how to incorporate some goal lights, but I haven’t found anything that works,” he said.

“We’re just happy that we can play down there. And we have billet junior hockey players in the wintertime, so those boys can get pretty competitive as well. It gets pretty intense down there, so it’s a good way to blow off some steam.”

Harder said he has received lots of positive feedback online since he shared the photos.

“A lot of husbands are now begging their wives to do the same thing,” he said.