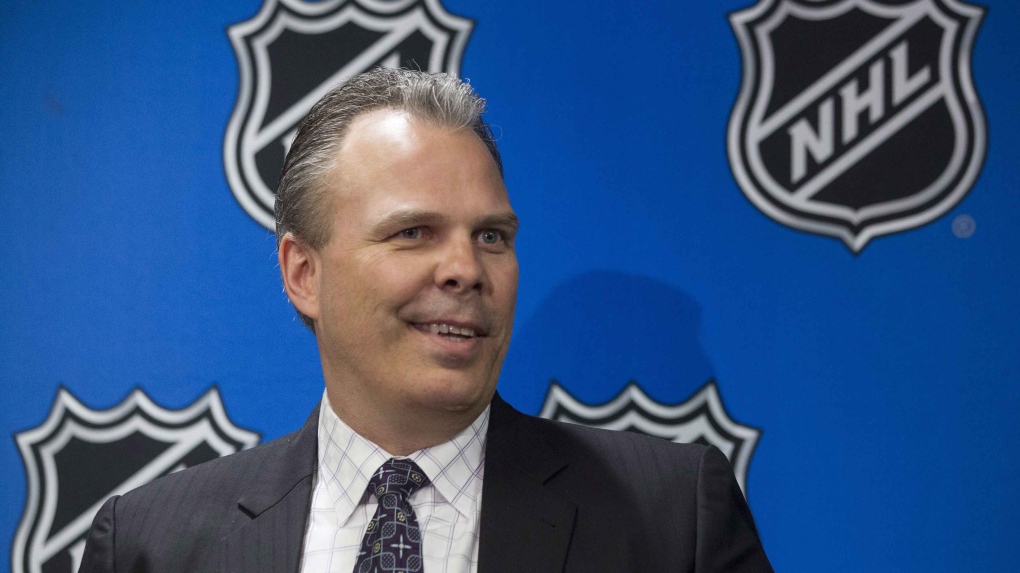 Kevin Cheveldayoff, general manager of Winnipeg Jets, speaks to the media after winning the second selection of the 2016 NHL Draft Lottery in Toronto on Saturday April 30, 2016. THE CANADIAN PRESS/Chris Young
WINNIPEG -

Winnipeg Jets General Manager Kevin Cheveldayoff has released a statement regarding the sexual assault investigation with the Chicago Blackhawks.

An investigation found on Tuesday that the Blackhawks mishandled allegations of an assistant coach sexually assaulting a player during the 2010 season.

Cheveldayoff was with the team at that time as an assistant general manager.

In the statement, he said he shared everything about the situation during the investigation.

"I look forward to my discussion with Commissioner (Gary) Bettman at the soonest possible date to continue to cooperate fully with the National Hockey League," he said.

Cheveldayoff added that he will reserve any other comments until after talking with Bettman.

The Jets confirmed on Wednesday Cheveldayoff will be meeting with Bettman on Monday.

Florida Panthers' Head Coach Joel Quenneville, who was coaching the Blackhawks in 2010, will also be meeting with Bettman and the Panthers had no comment to offer.

Stan Bowman, the general manager and president of hockey operations for the Blackhawks, resigned on Tuesday following the results of the investigation.

The team was also fined $2 million by the NHL for, "the organization’s inadequate internal procedures and insufficient and untimely response.”

- With files from The Associated Press