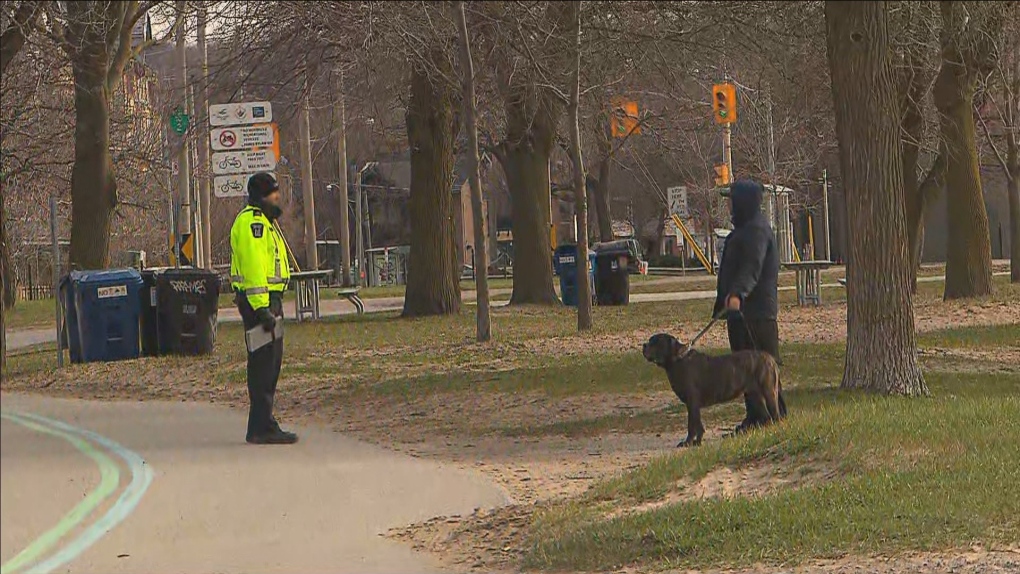 WINNIPEG -- A new survey from the Angus Reid Institute shows Canadians are less likely to follow advice from health officials and many in the country are feeling fatigued by the virus.

In an online survey conducted from June 8 to 10, the institute asked 1,510 Canadian adults multiple questions regarding their actions during the virus.

Of the people who aren't staying away from public spaces as much as they were during the beginning of the pandemic, the survey found the majority are under the age of 55, 72 per cent being men between 18 and 34 years old.

The survey also found that 75 per cent of people asked in Manitoba and Saskatchewan aren't staying away from public spaces as much. The lowest is in Ontario at 54 per cent and the highest is in Alberta at 82 per cent.

Younger Canadians are also the ones who aren't keeping up with information from health experts. Of the 63 per cent who aren't paying as much attention as the start of COVID-19, 79 per cent are women between 18 and 34.

The survey also found that 31 per cent of Canadians are feeling fatigued, while another 28 per cent are feeling anxious.

The majority of those who are feeling fatigued is between the ages of 18 and 54, while women under 55 are more anxious.

Despite feeling fatigued and anxious, those concerned about contracting COVID-19 has dropped since the beginning of April. In April, 73 per cent of Canadians polled were concerned about getting the virus, which has now dropped to 46 per cent.

However, people over the age of 55 are still the most concerned about contracting the virus at 14 per cent.

When it comes to Canadians being concerned about friends or family contracting the virus, 69 per cent of those surveyed are concerned which is down from 91 per cent in early April.

The majority of Canadians believe the worst of the health risks are over, which includes 58 per cent in Manitoba and Saskatchewan.

GETTING BACK TO NORMAL

When it comes to Canada getting back to normal, 72 per cent think it will take longer than six months. In each person's life, 36 per cent say normal will come in six months to a year.

For people in Manitoba and Saskatchewan specifically, 52 per cent believe it will take six months or longer.

Angus Reid said a probability sample of this size would carry a margin of error of +/- 2.5 percentage points, 19 times out of 20. Discrepancies in or between totals are due to rounding.