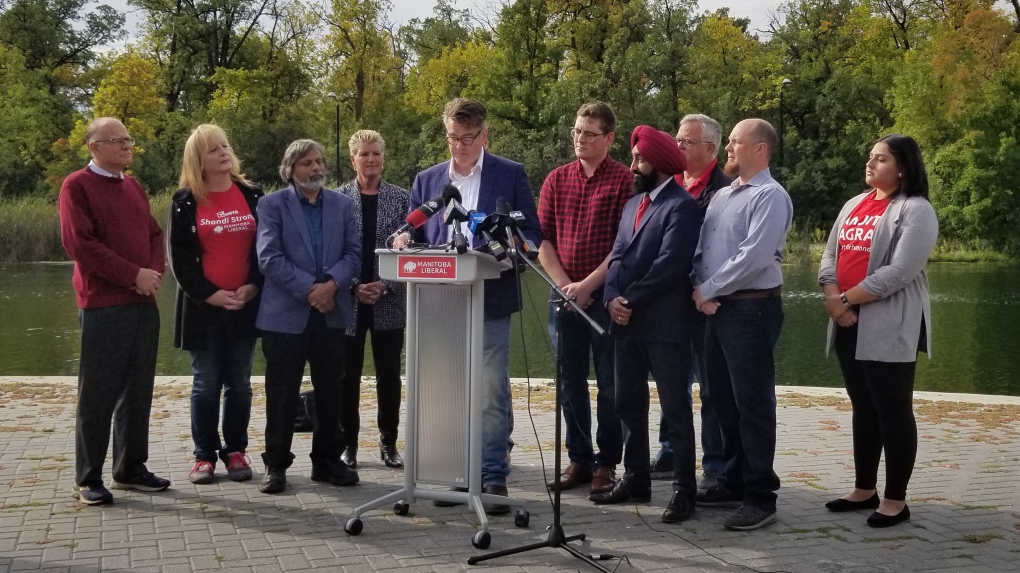 Liberal Leader Dougald Lamont at centre as the party announced it would declare a climate emergency on day one if elected. (Daniel Timmerman/CTV News)

With just a day left on the campaign trail, the Manitoba Liberal Party said if elected it will declare a climate emergency on day one in the legislature and phase out single-use plastics in the province by 2025.

Craig Larkins, who is running under the Liberal banner in Fort Garry, said a resolution previously introduced in the legislature by the Liberals to declare a climate emergency would be reintroduced.

“The climate crisis is the defining moment of our generation,” said Larkins in a news release, adding that the party would move to “make a difference” on day one.

The Liberals said that by declaring a climate emergency in Manitoba, the province would be required to meet emissions targets under the Paris Agreement.

The party has committed to having the province be carbon neutral by 2030. It would follow the lead of the federal Liberals to raise the carbon tax to $50 a tonne by 2022.

Its platform includes more than $1 billion in new spending annually.