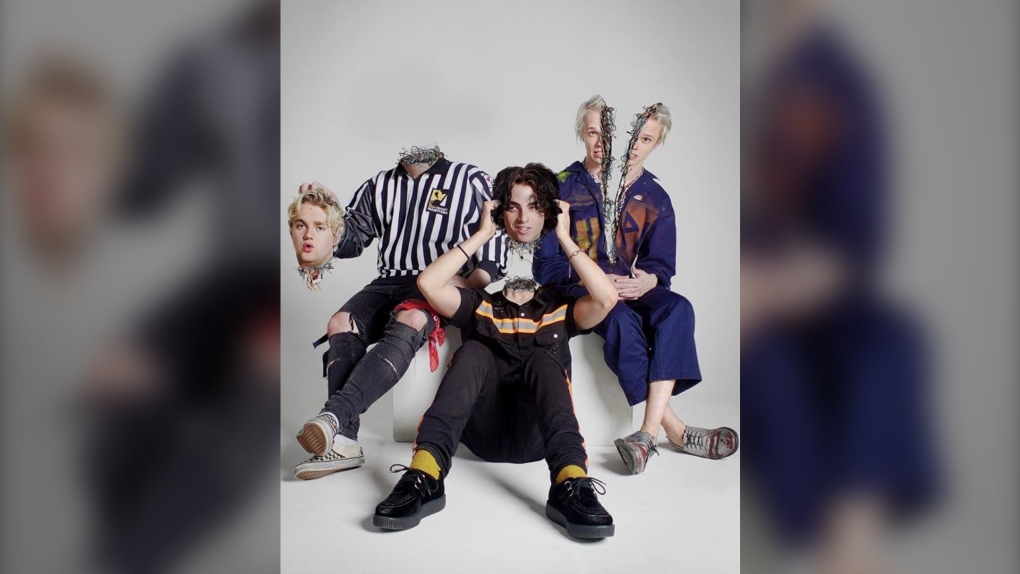 WINNIPEG -- Braedon and Riley Horbacio, along with Ian Willmer make up Winnipeg’s own Panicland, but for a short time, the three bandmates had the internet thinking they were Green Day.

In the summer of 2018, the band decided to create a Green Day fan album after they noticed a fake tracklisting for the band had been posted online.

“When we saw the tracklistings we were like ‘Oh that would be much cooler to do as just a writing exercise.’ So we were just going to start it as just a fan-fiction album for ourselves, what we would want to hear as fans,” said Braedon Horbacio.

The band said they have always been big fans, so for them, it was easy to get into the Green Day mindset.

Braedon also told CTV News it wasn’t done for publicity, and they were mainly doing it as something fun to do.

So the group went to work, first by creating an album cover, which featured the faces of all three members of Green Day, photoshopped onto a Roman times stock image that was pulled from the internet.

The fake album was called Magnum Opus of the Inglorious Kind.

The group then started to write lyrics for each of the songs on the fake track listing and put music behind each one.

That was followed up by fake, ‘leaked’ videos being posted.

The internet ate it up.

Braedon said he thought a few Green Day fans would come across what they had done and realize it was fake, but the opposite happened.

“It just snowballed into this crazy thing where fans thought Green Day had this second album planned.”

“We weren’t going to reveal ourselves at all, we thought it would be a way cooler thing, as part of Green Day history, to just sort of have this unsolved mystery.”

A video the band made explaining what they had done -- originally intended for Green Day -- was saved in a public DropBox and ended up online, so the group decided to own up to and shared it with everyone.

Braedon said the band was expecting some negative feedback, but that wasn’t the case.

“We ended up getting a surprising reaction, we thought we were going to get a lot more negativity, but it’s probably a 20 to one ratio right now.”

Many people online have been commenting on the video and have said they want Panicland to release all the music.

Right now, some of the songs can only be found on Soundcloud.

“We are getting a lot of messages, to the point where some people are like, ‘Listen, I hate you guys, you guys fooled all of us, you owe us the songs at this point,’ so it’s like people on both sides want the songs, so we are just trying to figure a way to rush it onto Spotify without it sounding bad,” said Braedon.

When asked if the band had a message for Green Day, they said they love Green Day and consider the band legends.

Once the logistics get worked out with Magnus Opus of the Inglorious Kind, the band said they are working on a new album, which they say is very rock and roll and they hope to have it out soon.