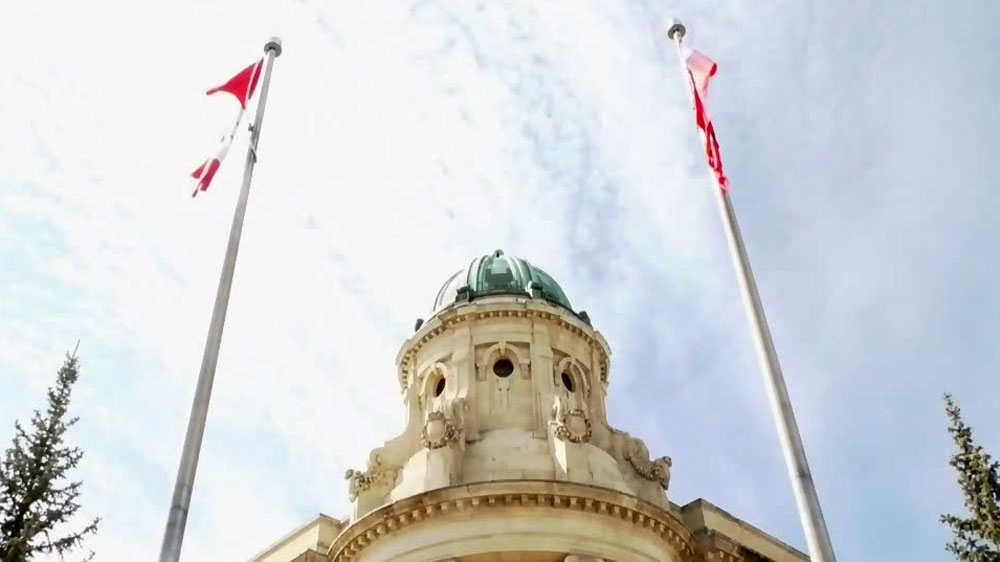 The Manitoba man who has been charged with manslaughter in the death of a Saskatchewan RCMP officer has convictions ranging from break and enter to assault. CTV News has learned.

Manitoba court documents show Alphonse Traverse, 41, has previously been convicted for multiple offences in Manitoba dating back to 2005 when he was convicted and served three months in custody for break and enter.

Another conviction for assault with a weapon and obstructing/resisting a peace officer was reported in 2017.

Co-accused Marlene Pagee, 42, was previously convicted in 2006 of impaired driving and flight from police.

On Sunday, Traverse and Pagee were both charged in connection with the death of Constable Shelby Patton on June 12.

According to RCMP, Patton, 26, initiated a stop with a stolen truck in the town of Wolseley, Sask., around 8 a.m. local time Saturday. He was struck by the vehicle and later died at the scene.

Traverse and Pagee have each been charged with manslaughter, failure to stop after an accident resulting in death, theft of a motor vehicle, possession of stolen property over $5,000, and breach of undertaking for leaving Manitoba.

The pair appeared in Regina Provincial Court on Monday. Pagee will be back on court June 18 at 2 p.m. and Traverse will return June 21 at 2 p.m.

-With files from CTV’s Michaela Solomon.