Man armed with knife arrested by RCMP in Dauphin 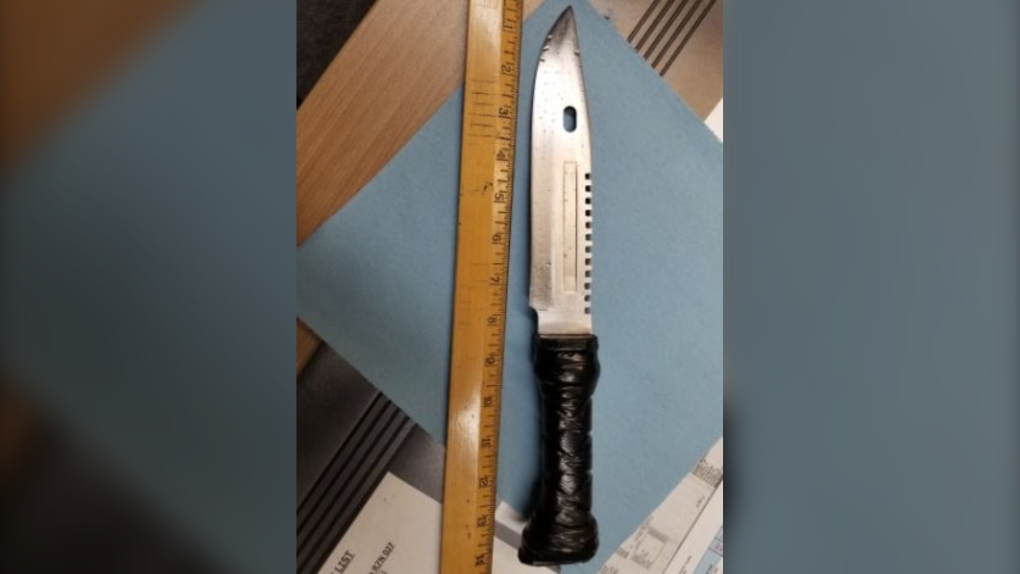 Inage of a knife seized by RCMP officers in Dauphin during a recent arrest (Image source: RCMP)

A 30-year-old man has been charged after allegedly brandishing a knife at RCMP officers in Dauphin on Wednesday.

At around 3:45 PM, officers were called to a home on 11th Avenue SW for a report of a man with a knife inside.

When they arrived, RCMP officers were told the man left the home on foot. He was found near the home, and when officers approached, Mounties said the man allegedly pulled out a knife.

RCMP said the officers drew their firearms and told the man to drop the knife, but he refused. Police used a conducted energy weapon on the man to arrest him and the knife was seized.

Kyle Sutherland, 30, was charged with assault on a police officer with a weapon, carrying a concealed weapon, possession of a weapon for a dangerous purpose, resisting arrest and failing to comply.

Sutherland was detained in custody. The charges against him haven’t been proven in court.