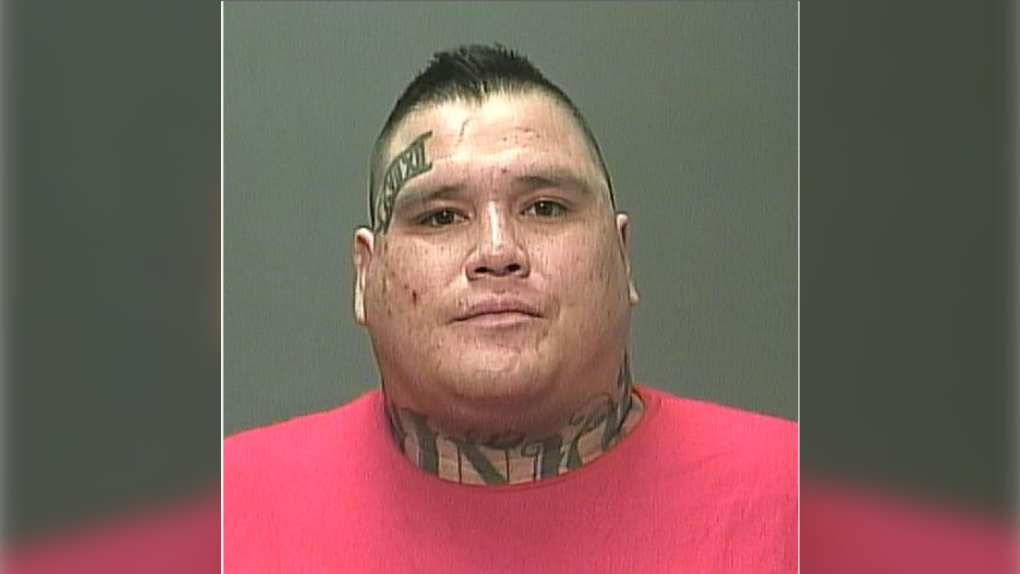 Christopher Curtis Bone, 31, is wanted on a warrant for second-degree murder in the shooting death of Ryan Spence. (Winnipeg Police Service handout)

Winnipeg police have arrested a man wanted on a Canada-wide warrant in connection with a man's death.

Winnipeg police said Ryan Mitchell Spence, 39, was shot and killed inside a hotel bar in the 300 block of Smith Street on May 1. Investigators identified a suspect in the shooting and on May 10, a Canada-wide warrant was issued for 31-year-old Christopher Curtis Bone of Winnipeg.

On May 17, police said officers arrested Bone in the 400 block of Sargent Avenue.

He has been charged with second-degree murder, possessing a firearm, restricted or prohibited weapon or ammunition contrary to a prohibition order, and possessing a scheduled substance – methamphetamine.

Bone remains in custody and the charges against him have not been proven in court.

Canada handled key aspects of the COVID-19 response better in the first two years of the pandemic than most G10 countries, according to a new study by researchers from the University of Toronto, Unity Health Toronto and St. Michael's hospital.

Accessing abortion still has its limits in Canada, advocate says

Abortion may be legal in Canada but accessing services very much depends on where you live, one advocate says.

What's the impact of a Russian debt default?

Russia is poised to default on its foreign debt for the first time since the Bolshevik Revolution more than a century ago, further alienating the country from the global financial system following sanctions imposed over its war in Ukraine.

South African authorities investigating 21 teenagers found dead at an east coast tavern over the weekend said on Monday the youths were probably killed by something they ate, drank or smoked, ruling out the earlier-touted possibility of a stampede.

Leading economic powers conferred by video link with Ukrainian President Volodymyr Zelenskyy on Monday as they underscored their commitment to Ukraine for 'as long as it takes' with plans to pursue a price cap on Russian oil, raise tariffs on Russian goods and impose other new sanctions.

Digital censors quickly deleted a hashtag 'the next five years' Monday as online discussion swirled in response to reported remarks of Beijing's Communist Party secretary saying that the capital city will normalize pandemic prevention controls over the course of the next five years.

Ukrainian President Volodymyr Zelenskyy addressed G7 leaders virtually at their summit in Germany as they discussed the threat to global stability posed by Russia's invasion of his country.