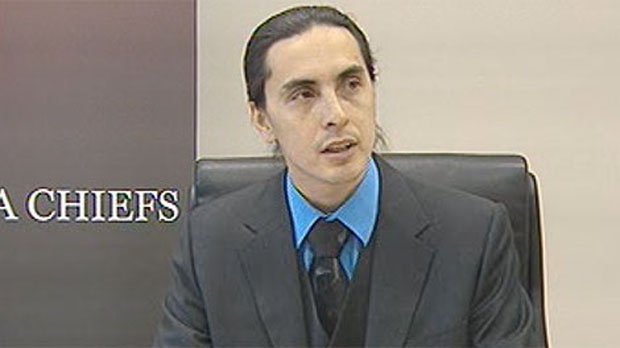 MCCN Chief Arlen Dumas and his band are demanding that Hudbay Mineals Co., Ltd. halt their operations and vacate the land. (File image)

Two Manitoba First Nations are serving eviction notices to mining companies they say are operating illegally on their land.

Red Sucker Lake chief Les Harper said in a press release that Mega’s operations the band voted on April 13 to halt the mineral exploration on their territory. MCCN delivered two previous stop work notices to Hudbay on January 28 and March 5.

The bands claim they are protecting their land and resources and demanding respect for their treaty rights and that promises of job training and environmental protection have not been kept.

Provincial officials said consultations with the bands are still ongoing. Former Assembly of First Nations chief Phil Fontaine was hired as a mediator before the exploratory licenses were issued.