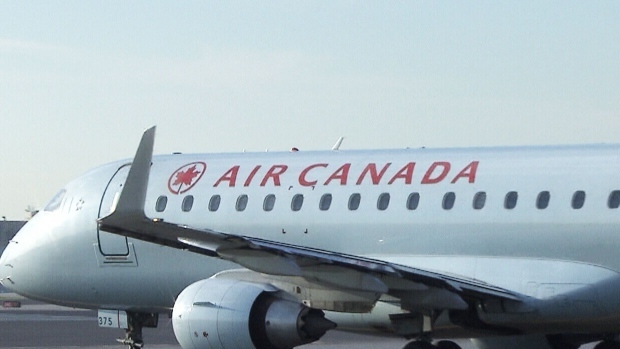 WINNIPEG -- The Manitoba government has announced one new case of COVID-19 in the province, and is also warning passengers on three Air Canada flights of possible exposure to the virus.

The new case, announced Tuesday afternoon, is a woman in her 20s from the Winnipeg health region. The province said case investigation is ongoing, and additional information will be updated when it’s confirmed by health officials.

With Tuesday’s update, the total number of cases of COVID-19 since March is now at 325.

Manitoba currently has 18 active cases, 300 recoveries, and no individuals hospitalized. There have been seven deaths related to COVID-19.

The province also announced on Tuesday that a case announced on Monday was a passenger on three Air Canada flights in June.

The person was a passenger on Air Canada flight AC295 from Winnipeg to Vancouver on June 18, and was also on flight AC 122 from Vancouver to Toronto on June 21 and flight AC 259 from Toronto to Winnipeg on June 23.

The province said if you were in the following rows on the flights, you should self-monitor for COVID-19 symptoms and get testing if symptoms develop.

Seat information on AC122 is still being confirmed and will be updated on the province’s website when it is verified.

Public health officials said the risk to others is low and is sharing information to make sure people are aware and will seek testing if symptoms develop.

The province said 253 laboratory tests were performed on Monday, bringing the total number of tests since early February to 63,309.