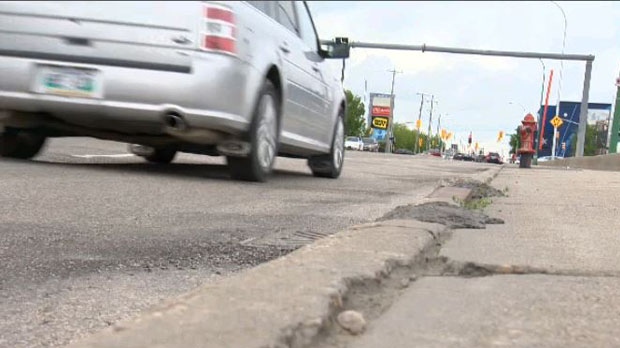 A major road project in Winnipeg has stalled.

A large stretch of St. James Street has been overhauled over the last couple of years. Now, a plan to finish off the remaining portion along Polo Park in 2016 is being being bumped to 2017.

The city set aside $7.3 million to fix St. James Street, from Maroons Road to Portage Avenue, this year. But due to a scheduling delay with Manitoba Hydro, the work won't begin until next May.

Before the road work can start, Manitoba Hydro needs to bury transmission lines on the west side of St. James and put up street lights. The hydro installations won't be done soon enough to get all the road work done in 2016.

Instead, the street upgrades will be moved to 2017 to avoid congestion over two construction seasons.

The city councilor for the area, Scott Gillingham, said while he'd like the repairs done sooner rather than later, this is the best way to cut down disruptions for drivers and businesses.

“It's really important to me that we minimize the negative impact to our local businesses, so to do the work next year is probably the best thing to do," said Gillingham.

As for the delay, Manitoba Hydro says it's waiting for approval from a property owner to move a transformer in relation to the project.

The planned road work will include new pavement, curbs, sidewalks and centre medians with turning lanes.