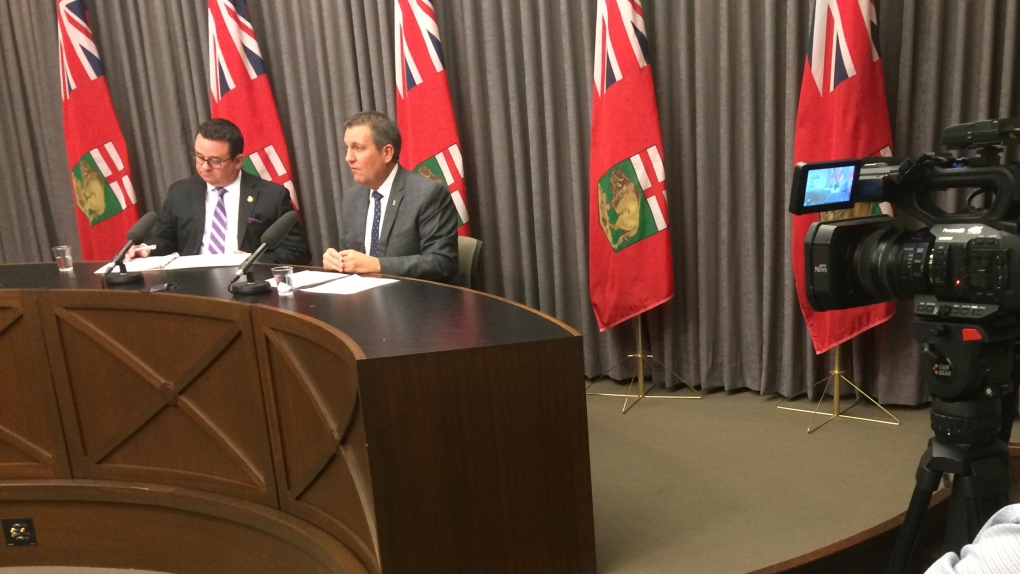 It comes a week after three workers at a Manitoba Liquor Mart in Winnipeg’s Tyndall Park neighbourhood were assaulted on the job.

The issue of thefts has been a problem for more than a year and a half.

Justice Minister Cliff Cullen said the government has assembled police officers, representatives from Manitoba Liquor Marts and Manitoba Justice’s prosecutions branch to get offenders off the streets and make sure they’re effectively prosecuted.

“We want to make sure that Manitobans understand we’re taking this very seriously,” said Cullen. “We can’t preclude what the judges will say, but obviously in the case of the liquor stores, a lot of times these are repeat offenders and we want to make sure we have the tools at their disposal to prosecute those individuals, especially those that are repeat offenders.”

Details on how long the Crown attorney has been working in that role were not immediately available.

Cullen said prosecutors aren’t feeling overburdened by the number of charges coming forward, but he noted it does take time to deal with the cases.

Crown Services Minister Jeff Wharton noted controlled entrances to be rolled out at all Liquor Marts in the city will require customers to show valid photo identification to get inside. You have to be over 18 and “qualified” to be permitted entry into the store, Wharton said.

It wasn’t immediately clear on who exactly will be disqualified from entering a Liquor Mart.

Cullen said this work is part of “Operation Safe Streets,” a collaboration between stakeholders seeking ways to respond to thefts and robberies. It involves Winnipeg police, the RCMP, other representatives from law enforcement and security from Manitoba Liquor & Lotteries.

The Justice Minister said Operation Safe Streets is a direct response to increased thefts at Liquor Marts, which he said will build on the government’s Safer Streets, Safer Lives Action Plan that focuses on treatment, education and enforcement.

More than 40 liquor store workers are slated to voice concerns about safety on the job Thursday at the Manitoba legislature. The Manitoba Government and General Employees’ Union said the workers will be in attendance during question period and will be meeting with MLAs.

The government noted Thursday some other public safety initiatives include a new Crime Stoppers advertising campaign in Winnipeg, Brandon and rural Manitoba that includes more cash for drug tips.