Manitoba Legislature to reconvene next week 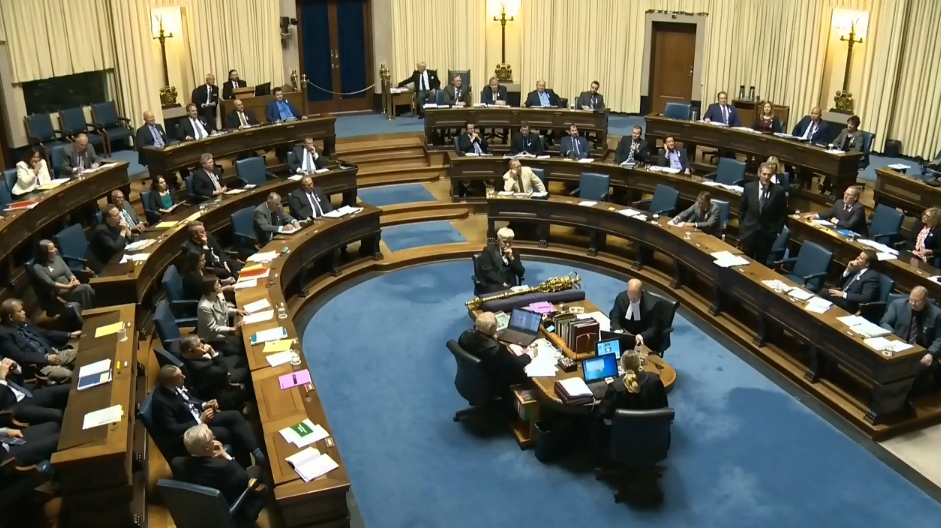 WINNIPEG -- The Manitoba Legislature is set to reconvene on Wednesday with routine proceedings, though it will look a little different.

The province confirmed the house will have one sitting day per week for the rest of May. This will include May 6, 13, 20 and 27.

A spokesperson for the province said physical distancing measures will be in place in the chamber and there will be a reduced number of members participating.

The spokesperson said reconvening is set to be a normal Wednesday with routine proceedings, including a Question Period at 1:30 p.m. and a debate on government issues in the afternoon.

In a news release on Wednesday, Manitoba NDP leader Wab Kinew said he plans to bring up the thousands of job losses and wage reductions in the question period and during the Estimates process of the Budget debate.

Kelvin Goertzen, the House Header, tweeted on Wednesday that the Crown Corporations Committees will be meeting on May 28, as well as June 4 and 11. He said Public Accounts Committee is looking to be scheduled in May.

Manitoba Legislature monthly schedule. Will sit with Question Period on May 6, 13, 20, 27. As well, Crown Corporations Committees will meet on May 28th, June 4th and June 11th. In addition Public Accounts Committee is looking to be scheduled in May. #MBPoli #ManitobaLegislature