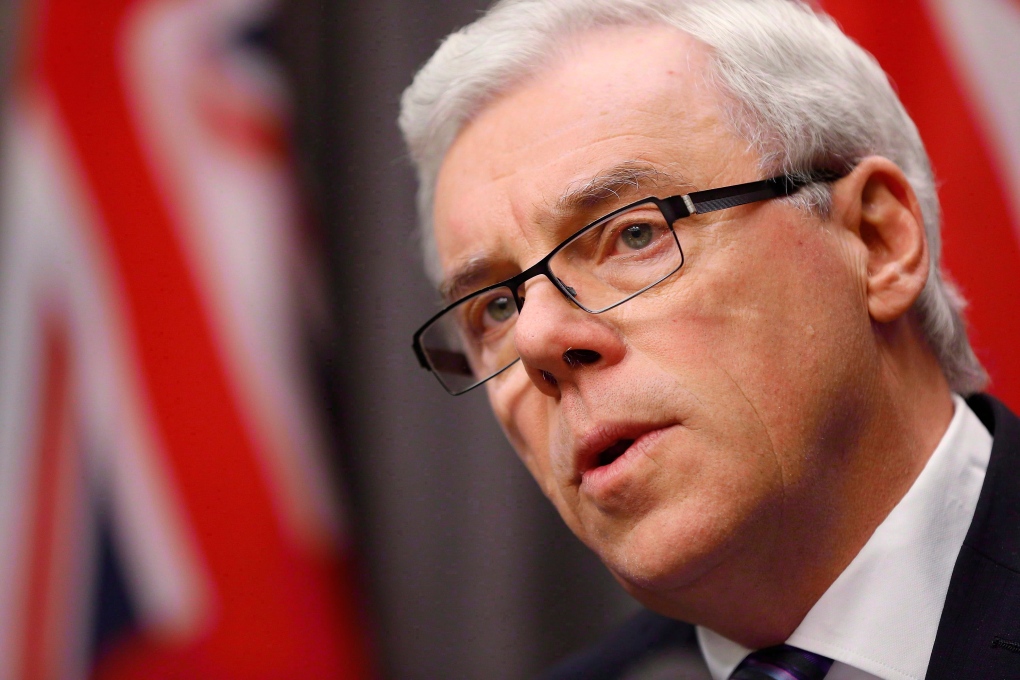 Manitoba Premier Greg Selinger reads his government's speech from the throne at a news conference in Winnipeg on November 20, 2014. (John Woods / The Canadian Press)

WINNIPEG -- Manitoba's NDP government is promising to introduce an environmental bill of rights in the coming months -- the first of its kind in Canada.

"You're going to see legislation that will enshrine environmental rights as part of our way of doing business in Manitoba," Premier Greg Selinger said Friday following a meeting with environmentalist David Suzuki.

"That will inform everything we do -- from infrastructure investments, to water and sewer, to how we handle greenhouse gas emissions. When you put legislation like that in place, it's like human rights legislation. It becomes a backdrop to everything you do."

The David Suzuki Foundation has been pushing all provinces and the federal government to adopt such a law under its so-called Blue Dot campaign. Suzuki said the law would change the burden of proof whenever factories, manufacturing plants or other developments posed a risk to the environment.

"It means the burden is no longer on the victim to prove that plant is harming my health. Now the burden is on the developers ... to show it doesn't in any way impinge on the air, the water, the soil that are critical to our health."

While Ontario has had similar environmental legislation since 1993, the Suzuki Foundation has asked all governments to adopt broader laws to ensure environmental concerns are part of government decisions. The proposed law would also ensure residents were informed about pollution and had input on decisions that could affect the environment.

Selinger said he will introduce the bill in the legislature before the provincial election set for April 19, but it is not clear whether it will be passed into law by then.

Selinger also announced the province will invest $400,000 over the next two years in a new research centre on climate change at the University of Winnipeg.

"This new centre will provide well-researched maps and models that you can trust -- data with real-life climate change projections that people can use."