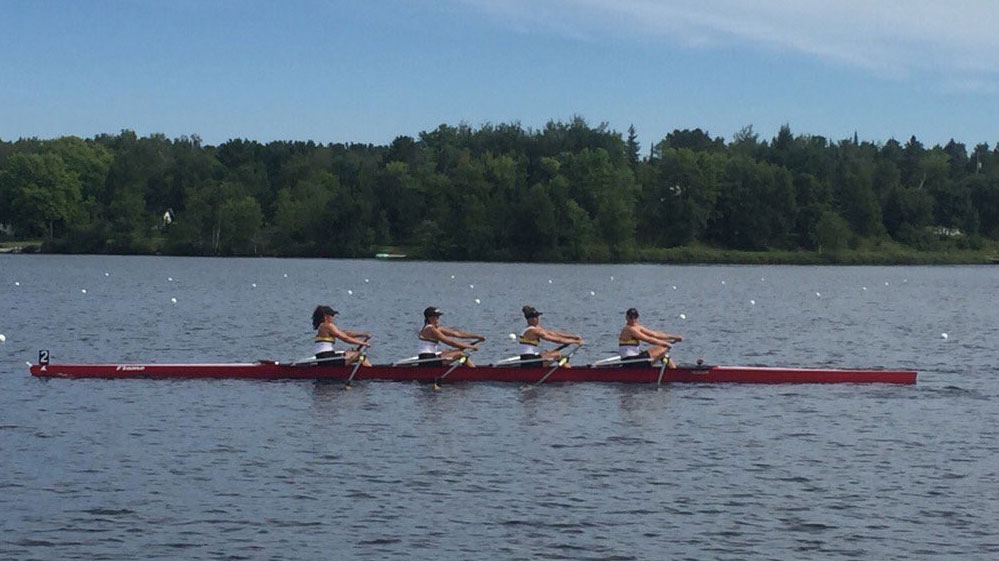 The team won the bronze medal in the quadruple sculls in Kenora, Ont. on Thursday.