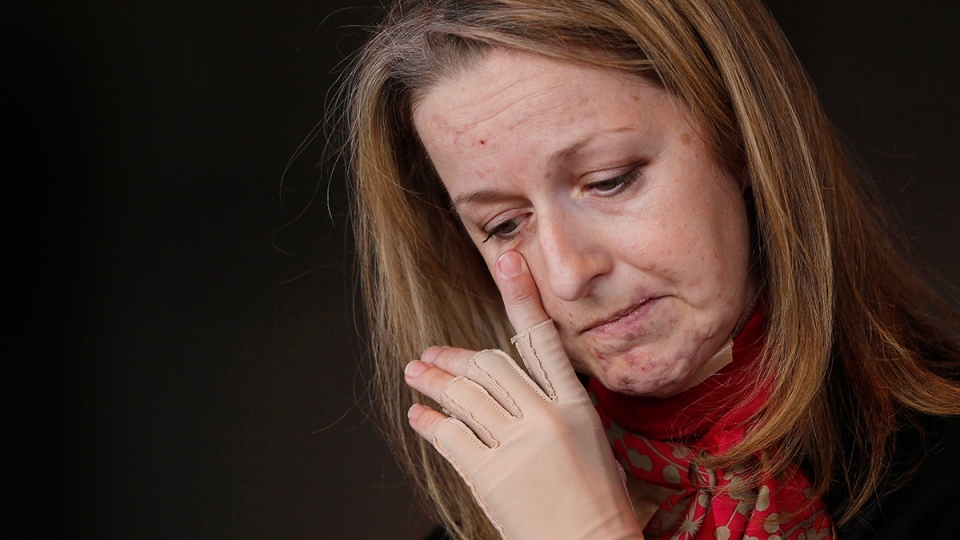 Maria Mitousis's legal assistant was called by the Crown Wednesday morning in the trial for accused letter bomber Guido Amsel.

She told court she usually opens mail which is business-related but said the package which arrived Thursday appeared personal in nature.

It had a return address from a different law firm which Mitousis used to work at and she didn't think it was unusual, Kaplan said.

"Sometime around my lunch time I had put the package on Maria Mitousis's desk," said Kaplan. "It was a brown cardboard box. It was rectangular shape."

Mitousis, who wasn't in the office Thursday came in Friday morning around 10 a.m. and Kaplan testified that they exchanged hellos and good mornings.

Kaplan told court about 10-15 minutes later "I heard a very loud noise and I had no idea what it was."

"I started hearing screaming which sounded like Maria Mitousis screaming."

"When I could see where her office was, she was outside her office in the hallway on all fours."

She told court she could see a window in the office had been shattered and there was smoke in the room.

"I had no idea what had happened at all."

Petersen testified "Maria looked up at me and said 'don't leave me, please comfort me.'"

Petersen said she stayed with Mitousis and applied pressure to Mitousis's wounds until first responders arrived.

Petersen told court Mitousis would turn to her for help if she had issues with certain files.

She testified she wasn't aware at the time of the incident of any problem cases.

Petersen also told court she wasn't aware at the time that one of Mitousis's clients was Amsel's ex-wife, Iris Amsel.

During cross-examination, when Guido Amsel's lawyer Saheel Zaman pointed out the package pictured in court evidence is white, Kaplan explained she was in shock in the aftermath of the incident when she gave an initial statement to police.

Amsel has pleaded not guilty to five counts of attempted murder and several explosives-related charges.