An exhibition of works by famed Nova Scotia folk artist Maud Lewis is coming to Winnipeg.

The collection of 26 pieces will be on display at Mayberry Fine Art's Tuxedo gallery Saturday until June 18.

Lewis, who died in 1970, was known for paintings depicting life in rural Nova Scotia.

The self-taught artist lived much of her life in poverty, dedicating her days to producing work. She lived with debilitating arthritis in a small, ten-by-ten-foot house in Marshalltown, Nova Scotia on the side of a highway. A placard stood outside advertising her pieces for sale, often for five dollars. 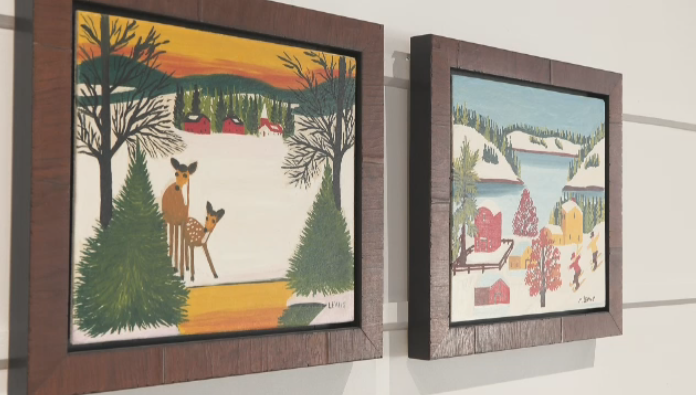 The retrospective exhibition in Winnipeg will feature 20 paintings, four Christmas cards and even a couple of pieces on clam shells.

“People that were visiting the area or locals would go to her studio and buy and support her,” explained gallery co-owner Shaun Mayberry.

“Her paintings were initially acquired by a lot of local people in the Maritimes, and then Americans that also maybe had summer homes in the Maritimes. But since then, those paintings got passed down to future generations and eventually, often re-materialize in the market.”

The retrospective exhibition in Winnipeg will feature 20 paintings, four Christmas cards and even a couple of pieces on clamshells. 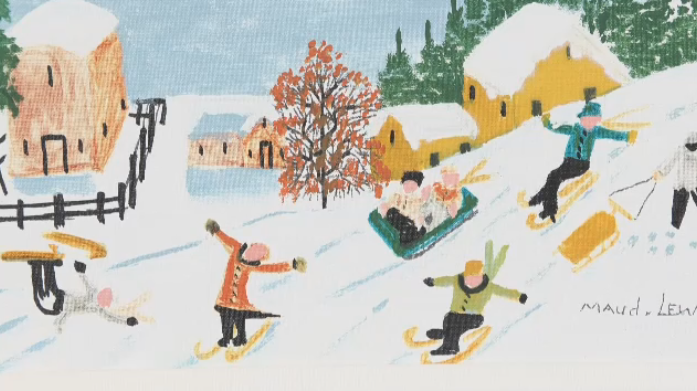 Famed folk artist Maud Lewis, who died in 1970, was totally self-taught. Much of her work depicted life in rural Nova Scotia.

Mayberry said the pieces are on loan from private collections, borrowed mostly from Winnipeg clients. The exhibition represents about a 20-year period of work.

Mayberry said it is the honesty of Lewis’ work that continues to resonate.

"A lot of art has a lot of theory, a lot of pretension,” said Mayberry.

“I think it's sort of the honesty of her intentions which draws people to her work, and the fact that she had a very distinctive style. She had a consistent style. You’d never confuse a Maud Lewis for any other artist. She really has her own identity or her own style."

- With files from CTV’s John Vennavally-Rao